Not that this will give Tesla anything to worry about though.

While Europe and the rest of the world has a great variety of small EVs to look forward too, Americans on the other hand, with their penchant for giant SUVs and full sized sedans only have this — the Kandi. In a land where the small cars cannot survive, this Chinese EV car company (which incidentally is publicly listed on NASDAQ) has decided to wade into the American market with not one, but two new cheapo EV city cars.

The one getting all the headlines though is the Kandi K27 you see here. Starting at a little under $13,000 (RM 54,800) after the $7,500 federal tax credit, this Chinese EV is the cheapest production electric vehicle on sale in the United States today. Scratch that, if granted the full federal tax credit amount, $12,999 makes the K27 the cheapest car in America. So what do you get actually get for your meagre amount of money?

Powering this compact EV is a 20 kW electric motor driving the front wheels. With only 26 hp on tap, it doesn’t sound like a lot of power for this EV and I assure you it isn’t, as the top speed of this glorified golf cart barely nudges past the 100 km/h mark. The instant torque you get from the electric motor of this particular EV will probably also not yield any jaw-dropping acceleration records alá Tesla. What you lose in performance however, might be made up for in range, as the K27 is supposed to manage up to an estimated 160 km on a single charge from its oddly-sized 17.69 kWh lithium-ion battery. That being said, forget any notion of fast charging like you would find in any other EV on the market, or even on your smart phone for that matter. The Kandi K27 only accepts the standard 240V wall-socket and it will take a full 7 hours to top the batteries up from empty. As for practicality, this four door EV looks like it can comfortably seat four within a car with the dimensions similar to the Perodua Kenari. Remember those? America’s cheapest new car also comes with a decent amount of safety features. Granted, there are no Autopilot or any active safety tech for that matter, but the K27 does come with two airbags and ABS with EBD. That being said, you know when the car is bare bones if the brochure lists door ajar warning, seat belt warning and a speed sensing door lock system as part of their safety suite. The Kandi K27 does comes fitted with the mandatory reverse camera like all cars in the US, that is viewed through the 9 inch central touchscreen inside.

While on the subject of the central touchscreen, the overall interior of the Kandi is not too bad considering the price. The splash of red across the dashboard brightens up the all-black cabin, and it is nice to see a multi-function steering wheel and air-conditioning at this price point. It is strange to see a rev counter in an EV though, and one that apparently red lines at 7,000 rpm. And even from the lone tarted-up press shot of the interior, the dash top looks like it was hewn from the cheapest, hardest plastic available. The same could be said for the exterior of this cheapo Chinese EV. The design of the Kandi K27 just screams cheap. Ignoring the fact that the panel gaps on even the cars on the brochure would stop it from rolling off the Tesla production line, with the massive gap between the bonnet and the bumpers, the whole exterior design tells everyone you didn’t spend a lot of money to own this car. One could only guess that the front end design was going for the Mustang Mach-E aesthetic with the body coloured grille and all, but on the K27 it just ended up looking boggle-eyed. The charging flap so prominent on the front grille also makes one wonder if it was an afterthought. The side and rear profile comes off better in retrospect. Riding on measly 14 inch wheels, the chrome accents on the side help break up the body line, while the rear looks like any other generic cheap car.

But perhaps that is the whole point of the Kandi, it could be considered the people’s electric car. Thanks to its low low price, this might be the gateway for many into EV motoring. This could be the modern day VW Beetle, the people’s EV if you would. Realistically though, if you really do want a cheap EV runabout, a nice low-milage used Fiat 500e or a Nissan Leaf is going for around the same price in America. Considering both cars are faster, have more range, capable of fast-charging and are cooler than the Kandi K27, perhaps consider those instead. Failing which, some US states allow golf carts to be legally driven on the road. 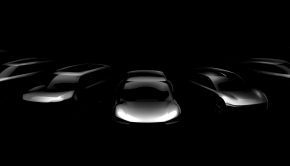 Kia To Introduce 7 New EVs In The Next 7 Years → Polestar Shares Its EVs Impact On Our Climate →