Cars are supposed to be the symbol of freedom, but do the current crop of EVs offer that privilege?  Despite 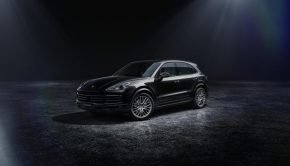