Electric vehicle (EV) fanatics have always trumpeted the call saying that their electric vehicles are not only faster, more technologically advanced, greener and to top it off greater value for money than its fuel-drinking counterparts. The numerous Tesla fans that smirk at every gas station tells you that much.

There is however some truth to the tangible cost saving of running an EV. Even omitting the fact that electricity is significantly cheaper than jungle juice, most EVs on the market today have pretty strong resale value. Battery wear on modern EVs also isn’t usually a problem for the first owners, so new buyers don’t have to worry about expensive battery pack replacements.

But if you want to have a practically free EV, maybe it is time to move to Europe. Because like most countries in the world, most countries within the EU are now offering subsidies and grants to encourage zero emissions motoring. Now though, thanks to the current global pandemic, these subsidies are so good value that if you play your cards right, you could be the proud owner of an EV that costs you exactly nothing to own.

This is by no means an accident. The coronavirus pandemic has cratered the global car market, and as the car market tumbles, the economies of these famous European auto-producing nations like France and Germany begin to feel the pinch. So as to prevent the car market from being the domino that topples their respective economies, governments across Europe have been offering staggeringly good incentives for EV adoption as an attempt to kick-start auto production, and with it their economies.

Encouraging EV adoption in these developed nations through these subsidies also helps the people in power kill two birds with one stone, as this initiative plays nicely with the EU’s plan to decarbonise transport across Europe. And it is because of these higher subsidies offered by these European countries that allow buyers to own an EV for virtually nothing. German EV subsidies have made leasing a new Renault Zoe compact EV virtually free, as the entire lease is covered by subsidies. Autohaus Koenig, a German dealership franchise with over 50 locations stated that within the last 20 days, over 3,000 enquiries have been made regarding these EVs and 300 customers have already signed the contract on their EV leases.

The deal on these EVs are so irresistible to savvy shoppers that it even prompted the dealership to humble brag the fact that they could have only sold more if they had more sales staff at hand. Furthermore, the deal on the Zoe is not an anomaly. German auto trading start up Carfellows had to take down their lease offer on Smart EQs of only 9.99 euros (RM 50) a month after only 3 days because all 1,000 cars allocated for July have already been leased. Headline grabbing deals aside, owning an EV is Europe can now be seen as a financially savvy move. Although some leases do have hidden fees and high one-off deposits, monthly leases even on EVs higher up the price bracket could also now be had for as low as a typical smartphone subscription plan, thanks to the generous government subsidies. A 5-door VW e-Up can be yours to lease for a paltry sum of 39 euros (RM 192) a month. Considering it has 5 proper seats and a reasonable 260 km electric range, this 5 door hatchback could make a pretty good city runabout. Thinking for a minute on a macro scale, it is admirable that governments across Europe to subsidise EVs as it not only helps further kick start the already rolling EV revolution, but also in a time of crisis like this, it does save jobs and keep these teetering economies from ruin. The more pressing question however is how long can governments maintain these generous subsidies?

Take the Netherlands for example, the Dutch government allocated a 10 million euro (RM 49 million) fund to support EV purchases, and all that money was used up in just 8 days. At the same time other countries like the UK and China have already begun to shrink EV subsidies. And when the EV subsidies dry up and the prices of these electric vehicles go up, would buyers still rush to the showrooms to buy these EVs by the boatload like they are doing today?

Furthermore, at the risk of over-generalising here, but EVs are usually bought by the people who already have the expendable income for a new car. By that logic, wouldn’t these generous tax breaks only benefit the people who don’t have real need for it in the first place?

The counter to this argument is that these subsidies now are to boost vehicle production in times of crisis, but consider that these tax breaks were still issued under normal circumstances, albeit at a lower value, wouldn’t it have been better to spend the huge lump of money elsewhere, like on improving infrastructure or public transport? 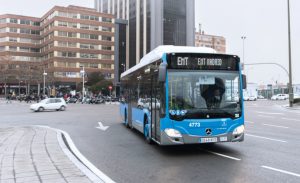 Just to be devil’s advocate for a bit longer, while the whole decarbonising transport thing that the EU is pushing is undoubtably a noble effort to save the planet from global warming, pushing the sale of EVs has been shown to have a near negligible impact on CO2 emissions.

That is because although EVs are touted to have zero emissions, the electricity produced to power these electric vehicles may not all come from zero emission sources. Generous estimates put European electric production at 40% coming from fossil fuels. So although tailpipe emissions from EVs may be zero, it isn’t truly decarbonising is it? Besides, wouldn’t running an older car for a little longer, even if it is a fuel-burning vehicle, be more ecological than selling it, scrapping it and making a completely new EV out of it. Well that will be a story for another time.