Liberty Insurance Berhad (LIB), a company within the Liberty Mutual Insurance Group (Liberty), has entered into a Share Sale &

Toyota GR Corolla, big brother of the GR Yaris, is making its debut

Toyota have finally released the long awaited for, Toyota GR Corolla. Revealed as the bigger brother of the GR Yaris,

Suzuki Motor is planning to make a large investment towards electric vehicle production in India. The Japanese car company signed As part of Michelin’s new range of tyres available in Malaysia, the world-leading tyre company have launched the new fifth-generation 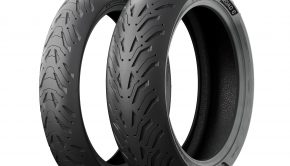 Michelin has just launched the all-new Michelin Road 6 tyre range in Malaysia. This new tyre was launched as part Gran Turismo 7 has finally been released

Sony and Polyphony Digital are finally bringing us the latest installation of the Gran Turismo series, Gran Turismo 7. Gran