BMW i8 Supercar Revived After 2020 Retirement

Have you seen a BMW i8 on our Malaysian roads? Did you even know about the existence of this BMW Shell has just announced a record USD42.3 billion profit for 2022 (news from Reuters last week) as energy prices in The Corolla Cross gets a GR Sport version to join its sports car siblings. Toyota has already launched two very This CX-90 SUV is targeted for families and adventure seekers. Built on Mazda’s all-new large platform, the three-row crossover represents 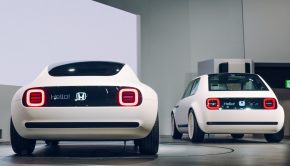