The all-electric Mustang represented 10% of the total car sales in Norway last month.  While many have initially lamented the And that staggering order amount comes just 48 hours since the Lightning first debut.  While Ford’s F-150 has been the 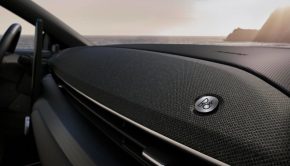 Audiophiles should probably consider this Mustang EV as their next ride.  It is perhaps none too surprising that the latest A total of 137 Ford Mustangs of all ages gathered to break this record.  The Mustang Club Malaysia has set