The H2-burning GR Yaris was put through its paces in Belgium by Toyota president Akio Toyoda himself.

Having already seen some initial success with its hydrogen-combustion technology out on track, Toyota has now decided to swap the tarmac for dirt and recently performed a demonstration run with a specially converted GR Yaris H2 during the ninth round of the World Rally Championship (WRC) in Ypres, Belgium. And perhaps as a show of faith to this novel powertrain in its first ever outing on public roads outside of Japan, the driver behind the wheel during this event was none other than Toyota president Akio Toyoda. Driving under the pseudonym of Morizo, the president of the world’s biggest automaker took to the rally course in Special Stage 11 on the second day of the Belgian rally with former Finnish driver and four-time WRC champion Juha Kankkunen as his co-driver. This demonstration run with the GR Yaris H2 was performed before the rally began, and ran ahead of a safety car to confirm route safety before the commencement of the stage.

A keen racer with plenty of motorsports experience, Akio Toyoda had performed rather successfully on this 15 km rally stage that ran along extremely narrow farm roads and between houses, especially when considering that he had never driven on those roads nor had the chance to survey them before the run. Though he later did comment that Kankkunen’s guidance during the stage was invaluable in helping him complete the course without incident. Kankkunen meanwhile commented: ”Akio’s driving was great. And the hydrogen engine put out solid torque, making it no different from a gasoline engine. Because they emit zero CO2, I believe hydrogen engines will become one of the options for achieving carbon neutrality not only in the world of motorsports but also in the world of everyday cars.” Now on that note and just delving a little bit more on the technical side of things, the GR Yaris H2 utilises the same specially converted H2-combusting 1.6-litre turbocharged three-cylinder as the GR Corolla touring car. This track-prepped Toyota had been campaigning in Japan’s Super Taikyu racing series and the Fuji 24 hours event for over a year now under the ROOKIE Racing banner with moderate success on track, but the real progress could be said to have been made off track with the increased activity and interest around carbon-neutral fuel production and utilisation that came about as a direct result of this motorsport endeavour. 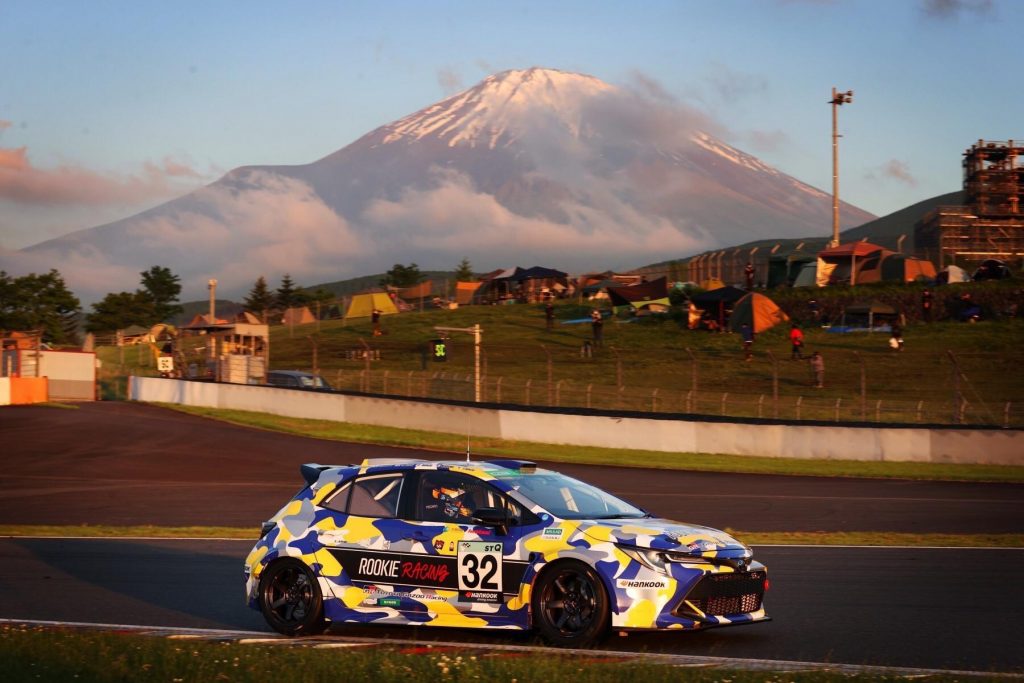 Toyota is currently betting big on hydrogen being the fuel of the future, in spite of the wider auto industry pivoting towards battery-electric vehicles. And while it remains to be seen if this move will pay off or blow up in the face of the Japanese automaker, there is nevertheless no denying that going racing with this new technology is certainly a rather effective and exciting method to go about developing and showcasing the merits of H2. PRESS RELEASE: Toyota Motor Corporation (Toyota) announced today that it put its GR Yaris H2―a special hydrogen-engine version of the Toyota GR Yaris―through its paces in a demonstration run during the ninth round of the World Rally Championship (WRC) in Ypres. The rally was the first time for Toyota to drive an under-development hydrogen-engine vehicle on public roads outside Japan.

Behind the wheel of the GR Yaris H2 was Toyota President Akio Toyoda, a.k.a. “Morizo”. Joining him as co-driver was former Finnish driver and four-time WRC champion Juha Kankkunen, who once won a world title with Toyota.

The GR Yaris H2 took to the rally course as a test car in Special Stage (SS) 11 on the second day (August 20) of the August 19-21 Ypres Rally Belgium. The 15-kilometer SS 11 was charted along extremely narrow farm roads that ran along fields and between houses, making for a stage that was challenging even for professional championship rallyists. The GR Yaris served as a test car and ran ahead of a safety car sent out to confirm stage safety before the start of SS 11.

Even though Morizo had never driven on those roads nor had a chance to survey them before he began his run, by relying on Kankkunen’s guidance, he was able to interact with extremely slippery and constantly changing road surfaces to complete the course without incident. I am grateful to Juha for his courtesy in allowing me to drive. He guided me in sync with my driving, making me feel comfortable. The roads were tough―not only slippery but also narrow, and their surfaces seemed to change from moment to moment. They were like the roads used in Rally Japan, and it was a good chance to think about races with spectators in mind. We also had a (Toyota) Mirai (fuel cell electric vehicle) at the venue demonstrating external power supply, and I believe that, together with driving using a hydrogen engine, we were able to highlight in Europe the potential of hydrogen as an option for achieving carbon neutrality.