Alongside the recent reveal of the plug-in hybrid GLC 300e 4MATIC Coupe, Mercedes-Benz has also updated another one of their Mercedes-Benz have just announced the availability of the GLC 300e 4MATIC Coupe in Malaysia. It is currently priced at RM374,073.67

Allianz General is the vehicle insurance you need

Although many people can afford the most expensive and luxurious of cars or motorcycles, they often forget to get adequate 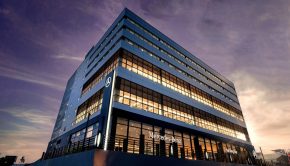 Mercedes-Benz Malaysia and Hap Seng Star have relocated and upgraded their Setia Alam Autohaus. It’s now more luxurious than ever Here are some new cars that Malaysians should look out for

With the electric revolution of vehicles beginning in Malaysia, more and more exciting new models are arriving every year. This BMW Malaysia has given their newest X5 plug-in hybrid, BMW X5 xDrive45e M Sport some product updates to enhance its Aston Martin celebrates new era of performance with its most powerful lineup ever at Festival of Speed. The British manufacturer Art of Speed is returning this year from 2-3 July

Motorcycle fans are in for a treat this year. The Art of Speed 2022 is making a return this year