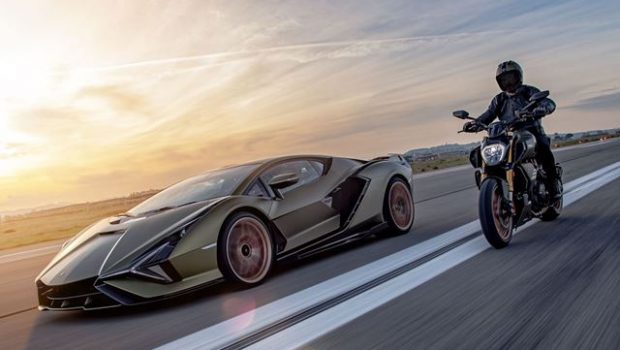 The Supervisory Board of Volkswagen AG has just held a meeting today.

While this might not be big news in itself, the contents of the meeting announced however did contain some revelations about the future of the German automotive conglomerate. Not least because both Lamborghini and Ducati are still to remain within the corporate umbrella of the VW group. Acquired during the conglomerate’s buying spree in the early 2000s with Ferdinand Piech at the helm, both premium Italian marques have been rumoured for some time now to be divested from the group. Especially considering the German auto giant’s increasing financial commitments into electrification. However, the developments from this recent board meeting has since confirmed that both Lamborghini and Ducati are to remain part of the Volkswagen Group for the foreseeable future.

Furthermore, this most recent meeting between the head-honchos at the VW Group have also decided the fate of Bentley, which has been under the group’s control since 1998. Beginning from the 1st of March 2021, the British luxury automaker is to fall under the management of Audi instead of its Volkswagen overseers currently. This integration is supposedly to ‘allow for synergies to be achieved as part of the electrification strategy of the two premium brands’. Other noteworthy snippets of information from this meeting is the fact that current CEO Herbert Diess looks to remain on in that position for a long time coming, with the board agreeing that the Austrian has had a ‘major impact on Volkswagen since 2015’ and that ‘without his commitment, the transformation of the company would not have been so consistent and successful’. Another interesting piece of news is that Volkswagen is currently planning to revamp its iconic Wolfsburg plant in Germany for ‘highly automated manufacture of electric vehicles’, including what is to be a future leading electric vehicle for the German automaker. No further specific information has since been divulged thus far regarding this new EV, though it is confirmed that the development and manufacture process will be similar to Audi’s ambitious Artemis Project which will underpin its future EVs. Speculations therefore have arisen hypothesising that this could then be VW’s budget ID. range of EVs which is rumoured to arrive in 2023.

Speaking of speculation, the future of VW Group’s halo brand, Bugatti, is still in limbo as of this moment, with no mention of the fate of this French boutique hypercar manufacturer throughout its statement of this most recent meeting. Rumours were abound regarding the sale of Bugatti to Croatian EV hypercar manufacturer Rimac. Seeing however that Volkswagen decided to keep both Lamborghini and Ducati to themselves, not to mention Bentley too, it is now looking highly unlikely for the German auto giant to sell off the jewel in its crown at this point in time. PRESS RELEASE: During its meeting today, the Supervisory Board of Volkswagen AG dealt extensively with the Together 2025+ strategy and, in connection with this, a realignment of personnel. The Board unanimously resolved to give its full support to the strategy, in particular the orientation of the company towards electromobility and digitalisation. This results in the following realignment of personnel resolved by the Supervisory Board:

In addition, the Supervisory Board noted after today’s meeting: “Herbert Diess has had a major impact on Volkswagen since 2015. Without his commitment, the transformation of the company would not have been so consistent and successful. The Supervisory Board values the determination and persistence that Herbert Diess has exhibited in pressing forward not only with technological changes and the contribution to the achievement of climate goals, but also with the financial results of the company. In the upcoming years, the Board of Management of Volkswagen AG will implement the strategy with Herbert Diess at the top. The Chairman of the Board of Management and his new Board of Management team have the Supervisory Board’s full support not only when it comes to the new orientation towards electromobility and digitalisation, but also the increase of efficiency and profitability in all brands and parts of the Group. In this connection, it remains our joint objective to combine the transformation with a high level of qualification and future opportunities for the employees of the Group and – taking into account existing programmes – to organise the necessary reduction of staff, including in particular the demographic change, by means of the tried and tested personnel tools.” “With its decision today, the Volkswagen Group is demonstrating its determination to continue to press forward with the changes in the automotive sector at great speed. At the same time, the Group will continue to actively bring about the successful transformation of the company and its sites. With our forward-looking, solid planning in the transformation and conversion of the sites, we will set an example for the entire sector in the future as well”, said the Chairman of the Supervisory Board, Hans Dieter Pötsch.

“Together we are rigorously pressing forward with the largest transformation in the history of Volkswagen. In the upcoming years, we will continue to invest in electromobility, digitalisation and battery technology and, at the same time, substantially reduce fixed costs and material costs throughout the Group in all brands and regions in order to ensure Volkswagen’s future viability”, said the Chairman of the Board of Management of Volkswagen, Dr. Herbert Diess. “There is total agreement between the Supervisory Board, the Board of Management and the employee representatives on the Group’s consistent orientation towards our strategic transformation objectives. In the course of the implementation, everyone involved continues to espouse the equal status of profitability and safeguarding of jobs, as well as the importance of training. This once again proves that we can best meet the great challenges that lie before us only by working together”, said the Group works council chairman, Bernd Osterloh.

In the medium term, the Group headquarters in Wolfsburg is to become the pioneering factory for the highly automated manufacture of electric vehicles. The future leading electric vehicle of the Volkswagen Passenger Car brand is to be built there on the basis of highly productive site conditions, which are also competitive in terms of costs. To this end, a project will be set up, similar to the Artemis project at AUDI, which bundles all activities from the development of the vehicle up to production. Moreover, in view of the entire Group, the Group Board of Management and the Group works council will, by the end of the first quarter, agree on a plan to reduce the fixed costs by five percent by 2023 taking into account the existing programmes.

The material costs are to be reduced by seven percent in the next two years.

There is agreement on the Board that Lamborghini and Ducati will remain part of the Volkswagen Group. In the course of the reorganisation, it was further resolved that the Bentley brand will fall within the management responsibility of the Audi brand as of 1 March 2021 in order to allow for synergies to be achieved as part of the electrification strategy of the two premium brands.