Carbon-neutral manufacturing is on the horizon for Audi as part of its Mission:Zero environmental programme.

Audi has recently announced its intention to achieve a carbon-neutral automobile production footprint by 2025. This ambitious target comes ahead of the larger Mission:Zero environmental program, which to achieve total carbon neutrality along the entire supply chain by 2050. While this certainly is a commendable environmental effort by the German auto giant, this is actually not as big of a leap in an environmental sense as the headline might suggest. After all, its Brussels manufacturing plant, where the e-tron model range is currently produced, has already achieved carbon neutral status back in 2018. Thanks in large part to the push towards the usage of renewable energy sources and carbon credit compensation projects to offset unavoidable emissions. It is an expansion of these steps then, in addition to other innovations across the supply chain, that Audi is implementing at a greater scale in preparation for its goal of carbon-neutral production by 2025. Here are just some of the highlights: Just to clarify for those that might be confused, it is worth noting that carbon neutral is not the same as carbon zero. Reading the fine print too, this goal and its associated efforts undertaken by Audi currently is only for a 30% reduction in vehicle-specific CO2 emissions by 2025, and those are compared to 2015 numbers if we’re totally being specific.

Nevertheless, the German automaker’s effort to transition towards a carbon-neutral production is a step in the right direction. Especially considering that with the continued electrification of cars these days, more carbon emissions are now shifted towards the production process in the lifecycle of a new car. Thereby any reduction in CO2 emissions during the manufacturing phase will undoubtably result in a decrease of carbon footprint for new cars that are made now and in the future. PRESS RELEASE: AUDI AG intends to contribute its share to achieving the Paris climate goals. The company has initiated a large number of actions along the entire value chain to support the vision of achieving carbon neutrality on the environmental balance sheet by 2050. All actions to reduce the environmental footprint in manufacturing and logistics are concentrated in the environmental program billed as Mission:Zero. In addition to initial reports of success, there is a strategic plan for how the goal is to be achieved at the Audi locations by 2025, focused on one of the key challenges: a carbon-neutral automobile production footprint. However, the commitment to sustainable manufacturing is not limited to the company’s own sites: As part of the CO2 program, Audi and its suppliers have identified CO2 reduction potential within the supply chain and decided to implement related actions, focused on the production of particularly energy-intensive materials such as aluminum, steel and battery components.

Audi produced about 1.8 million cars at its locations around the globe last year. Accordingly, making product manufacturing as sustainable as possible is an ambitious aspiration. “A major proportion of the emissions in an automobile’s lifecycle are generated during its utilization phase. However, along with the growing proportion of electrified vehicles, these emissions increasingly shift to the manufacturing phase,” says Peter Kössler, Member of the Board of Management of AUDI AG for Production and Logistics. “This is where we have a decisive lever as manufacturers. By achieving carbon neutrality for our production sites and consistently carrying this aspiration into our supply chain, we ensure that our automobiles reach the customer with a smaller carbon footprint.” The company has set itself the ambitious goal of progressively achieving a 30-percent reduction of vehicle-specific CO2 emissions by 2025 – compared to the reference year of 2015 and along the entire product lifecycle.

Compared to manufacturing of less complex goods, the technologically sophisticated and energy-intensive production of vehicles poses an enormous challenge in terms of decarbonization. Audi has already reached two milestones in “clean” production: Back in 2018 the Brussels location, where the Audi e-tron model range is produced, was awarded the certificate for CO2-neutral production. The key actions supporting climate-neutral production at a glance: Conversion to green electricity and installation of a large photovoltaics system (107,000 square meters), heat supply to the site using renewable energies covered by certificates for biogas, and compensation for currently unavoidable emissions by certified carbon credit projects. These three pillars – accompanied by other measures – provide the blueprint for decarbonizing the other sites as well, albeit with differences in the relevant regional opportunities.

The Győr location, which recently became the second CO2-neutral Audi site, has been taking advantage of the geographic conditions since 2012 and covers around 70 percent of its heat requirement by geothermal energy – making Audi Hungaria the major user of industrial geothermal energy in Hungary. The remaining 30 percent of required heat is generated by natural gas, the CO2 neutrality of which is ensured by biogas certificates. Upon commissioning the 160,000 square meter rooftop photovoltaic system – the largest one of its kind in Europe – Audi’s Győr location has achieved a carbon-neutral footprint, too. The 36,400 solar cells in an area roughly the size of 22 football pitches produce 9.5 gigawatt hours of energy per year and thus save 4,900 metric tons of CO2. “We’re continuously working on improving the environmental footprint of our sites and on achieving CO2 neutrality on the environmental balance sheet at all Audi locations by 2025,” says Rüdiger Recknagel, Chief Environmental Officer for the Audi Group. “At this juncture, we have already implemented actions at our remaining locations, Ingolstadt, Neckarsulm and San José Chiapa, Mexico, which avoid between 70 and 75 percent of the CO2 emissions that would otherwise be generated.”

Outside the factory gates, Audi has been engaged in environmentally compatible practices for a long time. For instance, since 2010, the premium manufacturer has been using eco-friendly rail transportation for its automobile shipments. The so-called “Green Train” has been traveling from Ingolstadt to the North Sea lading port of Emden ever since. In 2012, the connection from Audi’s Neckarsulm location to Emden was converted to “green trains” as well. Since 2017, rail-bound logistics have been handled in a largely climate-neutral way with Deutsche Bahn. By switching to DB Cargo’s “DBeco plus” product, the company saves more than 13,000 metric tons of CO2 per year. By now, Audi Hungaria has achieved CO2 neutrality in rail-bound transportation of components, engines and cars with DB Cargo as well. Plus, Audi has been compensating for carbon emissions on foreign travel segments in Hungary and Belgium since 2019, too. At the Ingolstadt location, two hybrid locomotives are used, and a rail-bound tractor with an electric motor plus a CNG (Compressed Natural Gas) volume tractor for shunting operations at the Neckarsulm location. Where rail-bound shipments are not possible, climate-friendly alternatives are used as well. Since recently, parts of Audi’s logistics requirements at the Neckarsulm location have been handled by two trucks with eco-conscious LNG (Liquefied Natural Gas) engines – resulting in CO2 savings of up to 20 percent and nitrogen oxide reductions of 85 percent compared to diesel-powered trucks. A third LNG truck will be added at the end of this year. At the Brussels location, LNG trucks have been in use since 2018, too. LNG is a forward-thinking alternative fuel: In the coming years, it is supposed to be available strictly as a bio-based fuel, which makes it possible to save 90 percent CO2 per shipment compared to diesel engines. Careful and prudent use of resources saves material and reduces the consumption of energy that would otherwise be needed for the production of new materials. Thus, CO2 savings are a consequence of resource efficiency. “Efficient handling of resources is an important key to reducing our CO2 emissions during the manufacturing stage,” says Marco Philippi, Senior Director Procurement Strategy. “That is why we are pursuing a hot spot-based approach and specifically target areas in which manufacturing is especially energy-intensive or requires large amounts of material.” Due to the transition toward electric mobility, the proportion of CO₂ emissions attributable to the supply chain increases because the battery production process in particular is CO2 intensive. At Audi, nearly a fourth of all CO2 emissions are anticipated to occur here by 2025, based on the forecast fleet average. Therefore, Audi, together with its suppliers, is especially addressing actions that are effective in this early manufacturing stage. As early as in 2018, the company initiated a CO2 program in the supply chain in order to identify actions for further CO2 reductions jointly with its suppliers. Opportunities exist primarily in closed material loops, the progressive increase of secondary material use, the utilization of materials from recycling processes, i.e. so-called recyclates, in plastic components and in the utilization of green electricity. The implementation of these actions is planned to be fully effective by 2025, too, and has an average CO2 reduction potential of 1.2 metric tons per car.

Three examples illustrate this reduction potential: With the rollout of the “Aluminium Closed Loop” in Audi’s stamping plants, the carbon footprint just in 2019 was reduced by 150,000 metric tons. Audi is a pioneer in lightweight design and has been using aluminum since the 1990s. The utilization of secondary aluminum saves up to 95 percent energy compared to the use of primary aluminum. The Aluminium Closed Loop has currently been implemented in Ingolstadt and Neckarsulm, to be followed by the Győr plant starting in 2021. At the moment, secondary aluminum content has been integrated in parts of the Audi A3, A4, A5, A6, A7 and A8 bodies, plus in parts of the Audi e-tron and e-tron Sportback. Beginning at the end of 2020, secondary aluminum will also be used in the Audi e-tron GT being produced at the Neckarsulm location. Additional model ranges and locations are planned to follow.

The second example is a pilot project initiated by Audi. In collaboration with the Karlsruhe Institute for Technology (KIT), the two partners are working on a method for chemical recycling of automotive plastics. This method will make it possible to recycle mixed plastics, which are used in automotive engineering due to exacting safety, heat resistance and quality requirements, into so-called pyrolysis oil which, in turn, can be used for the production of plastic automotive components. Going forward, this technology may become an eco-friendly alternative to mechanical recycling. IN-Campus as a perfect example of resource efficiency

Another case in point for exemplary resource efficiency is the IN-Campus. In a joint venture with the city of Ingolstadt, AUDI AG is rehabilitating the former complex of the Bayernoil refinery. Instead of sealing new “greenfield” areas for commercial use, the two partners are rehabilitating the former refinery in compliance with environmental requirements and eliminating the damage caused by the previous utilization, employing state-of-the-art technologies. With an area of 75 hectares, the IN-Campus is one of the largest rehabilitation projects in Germany. 15 hectares of the total area are intended to become a compensation area for nature. The project is planned to be completed by 2022. “We are proud of performing the first full rehabilitation of a refinery complex in Bavaria with this eco-conscious rehab project. In doing so, we are giving something back to both society and nature. This, too, is resource efficiency – focused, in this case, on space as a resource,” Recknagel explains. Future construction at the site is supposed to comply with high sustainability requirements. The IN-Campus in Ingolstadt has already been successfully recognized with the DGNB Sustainability Label for Business Districts. In the future, the Car. Software organization of the Volkswagen Group will have one of its German sites here as well. The software unit develops a standardized software architecture for all the brands in the Group as well as a digital eco-system and customer-focused functions in retail. 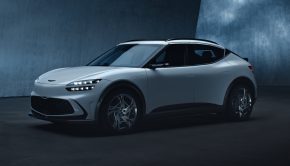 Genesis Set To Be A Purely EV Automaker From 2025 →