Bentley is finally making plans on developing their first Battery-Powered Electric Vehicle (BEV). Since its foundation in 1919, the British

A little Christmas treat for the auto enthusiasts who are unable to travel to London this year.  While the pandemic 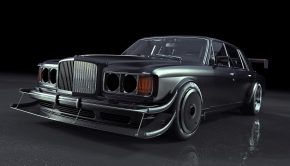 Here is what Bentley might have cooked up, if it was competing at Pikes Peak back in the day.  While Bentley Adds A Sporty S Variant To Its Bentayga Lineup

This new Bentayga S sits in between the normal V8 variant and the W12 Speed.  Bentley has recently revealed a This new 335 km/h capable Continental GT Speed is touted as the most dynamic Bentley to date.  The new Continental