Some modding ideas could perhaps be gained from this rather stunning one-off Arteon.  It is probably common consensus that the Arteon We in Malaysia meanwhile are still stuck with the previous iteration Polo kicking around in showrooms.  Volkswagen has recently announced Volkswagen To Use GTX Name For Their Future Sporty EVs

The first appearance of this new GTX name on a VW will be on the upcoming sporty ID.4.  Volkswagen seems ‘Voltswagen’ Shows How NOT To Do An April Fools Joke

The last laugh could still be on Voltswagen though as everyone is now talking about their EVs.  Ah the 1st There might be a new leader in the EV race as Volkswagen expands its electrification endeavours internationally.  Ask anyone out 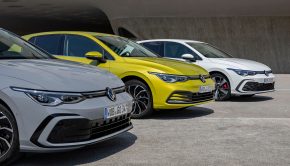 Volkswagen unveils a fully autonomous charging droid that may soon come to charge your EV in the near future.  The An R version of the Tiguan makes its debut for the first time ever.  Volkswagen has recently revealed its sportiest