This red open-wheeled single-seater is perhaps to be the fastest thing on the highway that day.  Outside of the handful Is the smallest Mercedes-Benz sedan on sale today still a true-blue ‘bahnstormer? Despite the myriad of models they make currently, 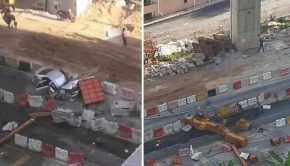 Ferrari F430 Burns Down While Cruising On The Highway

A red hot Ferrari in the most literal (and unfortunate) sense of the word.  An unfortunate Ferrari has been the 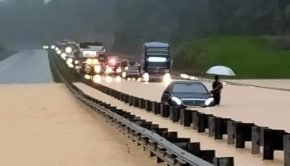 A flooded section of the East Coast Expressway has disrupted travel plans for many interstate travellers.  It looks like Malaysian 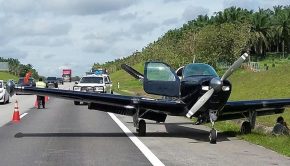 A highway makes for a good enough runway for a plane when an emergency landing is required.  Like in a