How did this X70 turn turtle on an open road? News just in from online news portals in Milan, Italy, say that Geely wants to buy these two iconic car Lotus Cars has posted its strongest sales results in seven years with 1,630 cars sold worldwide in 2018 (up 2% 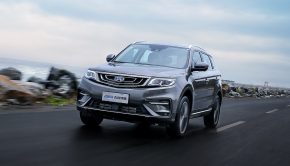