Earlier this year this Tiguan Allspace Life was priced at RM172,990. Volkswagen Passenger Cars Malaysia (VPCM) has just announced a Still the closest rival to Rolls Royce in this region, Bentley has always been a brand that offered the best all-rounder Shanghai becomes the first city in the world to have self driving taxis in operation. Didi Chuxing, China’s largest ride hailing Will The Perodua Rusa Return To Malaysia

Remember the Perodua Rusa? The little van with sliding doors that was popular in the first few years of its 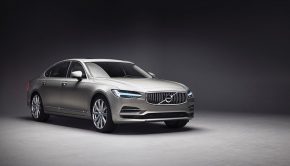 The luxury sedan segment in Malaysia is a segment that was once dominated by Volvo. This was from the early