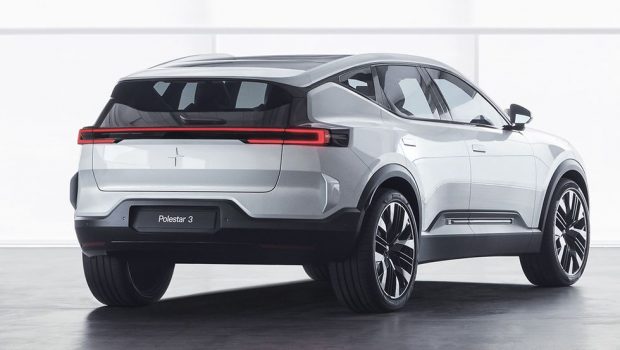 Polestar will premiere its first SUV, the Polestar 3, at a launch event on 12 October 2022 in Copenhagen, Denmark.

This all new electric SUV from the Geely Group will share its all new bespoke electric platform called SPA2 with the soon to be launched Volvo EX90 (targeted for November 2022).

Meanwhile, this Polestar 3 will share much of its safety technology including core computing from Nvidia and safety systems supplied by leading firms Zenseact, Luminar and Smart Eye with the soon to arrive Volvo EX90. From the single shared picture from Polestar, we can tell that this new electric SUV will also take on the BMW iX, the Mercedes EQC 400 4MATIC and the soon to arrive in Malaysia Audi Q4 e-Tron.

So, will you buy this new EV or a Tesla from a Malaysian private importer without factory warranty and after sales?

PRESS RELEASE: Polestar 3 is a powerful, design-led electric performance SUV that appeals to the senses with a distinct shape and excellent driving dynamics.

Built on a new all-electric technology base developed by and shared with Volvo Cars, it features the latest in high-tech components which is like centralised core computing from NVIDIA and a long list of advanced safety systems from Volvo Cars and leading industry partners including Zenseact, Luminar and Smart Eye.

“We had to ask ourselves: ‘what should a modern SUV look like?’ Polestar 3 defines the SUV for the electric age and in designing it, we addressed some of the fundamentals of the archetype: proportions, stance and aerodynamics,” says Thomas Ingenlath, Polestar CEO.

Performance is key for Polestar, going deeper than just straight-line acceleration. At launch, all versions feature a rear-biased dual motor powertrain with electric torque vectoring via a dual clutch system on the rear electric motor.

This is met by adaptive dual-chamber air suspension and active dampers as standard, which allows Polestar 3 to switch between comfort and firm suspension dynamics, and adjust the dampers to suit road conditions once every two milliseconds (500 Hz).

Thomas Ingenlath continues: “It’s this instant ability to transform from a comfortable cruiser to a sharp, agile performance car in less than the blink of an eye that makes Polestar 3 special as an electric performance SUV.

It also benefits from a low centre of gravity and wide track for ultimate stability, and an exciting feeling behind the wheel.”

The optional Performance Pack enables maximum output of 380 kW and 910 Nm, along with Polestar Engineered chassis tuning for the active dampers and air suspension.

A live broadcast will be available at https://youtu.be/oga1XJAX8ms.