Further sleuthing reveals that this is (horrifyingly) not the only HR-V to be Urus-ified.

While certainly unfortunate, it is nevertheless a fact of life that many of us will never be able to own a Lamborghini. This however has not stopped some people from turning their mundane cars into looking like the models made by the Italian supercar manufacturer.

In fact, there is a whole cottage industry dedicated in creating kit car replicas of Lambo supercars. With numerous stories to be found on the internet that range from Boxster-based Mucielagos, and going all the way to custom tubular-framed Countaches. Though with the Urus arriving on the scene in recent time, there has been a new trend that has since exploded in popularity within the Lamborghini mimicry community. And that trend is the fitment of angular bodykits to an array of crossovers, in the hopes of making it appear somewhat like the raging bull SUV it is attempting to steal the look of. Such an attempt is on full display here with this Honda HR-V spotted recently, which is sporting an Urus-esque nose that someone could possibly mistake for the Lamborghini SUV. If the person is looking at it from about 5 km away that is, and is blind as a bat. Just to further shatter the illusion even more too, the presence of the real deal Lambo SUV right behind it in the photo here does almost immediately give the game away that this is in fact a HR-V in an Urus party mask.

Credit where it is due however, this photo did manage to create some initial confusion as to whether it was a HR-V or a Harrier hidden behind the Urus bodykit. So if that was the goal of this Lambo-fied Honda crossover, mission success!

Now continuing a little bit further on the topic of HR-V in Urus bodykits, this grey example here isn’t the only one. That is because a quick search on the internet also reveals a red Honda compact crossover with the same treatment applied to it, though it appears to actually features a more elaborate bodykit that is (ever so slightly) closer in mimicking the face of the actual Lamborghini SUV. Moving away from the HR-V and onto the RAV4 meanwhile, Japanese tuners Albermo has also created a (sort of) passable Urus bodykit for the Toyota SUV. At to the other end of the spectrum however is its BDS bodykit made for the Daihatsu Rocky, which really looks nothing like the Urus. Regardless of how accurate one’s Urus bodykit may be though, there is still no escaping the fact that you aren’t actually behind the wheel of an actual super-SUV. So rather than continuing to ruin the look of your current crossover with these aesthetically challenged add-ons, perhaps maybe consider the purchase of a heavily-depreciated luxo-SUV instead?

There are Porsche Cayennes currently on the market for the price a Proton X50 after all, and there is even the chance of snagging a supercharged V8 Range Rover Sport for a little bit more than that. Sure it may be the most financially insane thing one can do in regards to automotive choices, but it is technically in the same league with completely tanking the resale value of one’s current ride with the fitment of these Urus-esque bodykits. 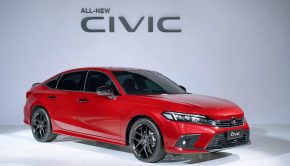