Look forward to this new Audi RS3 race car going wheel-to-wheel in the next racing season.  Audi Sport has recently 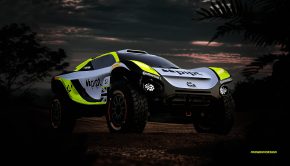 Jenson Button To Compete In Extreme E With His Own Team

He is set to race for JBXE Racing in the inaugural 2021 Extreme E season.  Jenson Button has recently announced This 2021 victory represents the 14th Dakar title for Peterhansel, and the sixth win for MINI.  The end of the Imola too is back on the F1 calendar as the second race of the 2021 season.  The continued coronavirus pandemic Alex Albon meanwhile has been given the role of test and reserve driver for the team next season.  News just