Lamborghini officially teases the rally-ready Huracan-based Sterrato concept.  Despite being one of the most prolific pushers of four-wheel drive in The 10th anniversary of the Toyota-Subaru sports car tie-up is marked with some vibrantly coloured commemorative cars.  Toyota and Subaru GoCar team up with JomCharge to increase charging connectivity in Malaysia Aston Martin has one of the best lineups of all car brands. They have the world’s fastest SUV in the 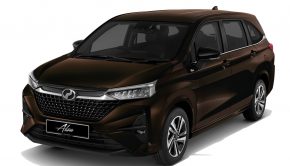 The all-new Perodua Alza was finally launched after 9 years in the wait. Due to large gap, many were expecting