Would the added tech (and added ride height) convince prospective Perodua Myvi buyers to part with more cash for the Ativa?

With news coming in thick and fast regarding the upcoming Perodua Ativa, this has led many to think that what is perhaps the hottest car to launch locally in 2021 will be a serious threat towards the sales of the Proton X50, Honda City and the like. Saying that though, there is perhaps also not an insignificant possibility that this new compact crossover might just persuade some prospective Myvi buyers over towards this larger, taller compact crossover in Perodua’s lineup.

Granted, price-wise at least, it is possibly more logical to compare the new Ativa with the Aruz within Perodua’s lineup. Seeing that both cars are high-riding SUV-type vehicles which are within that RM 65k to RM 75k price range. Nevertheless, there will undoubtably be a number of buyers who would have originally made a bee-line for the Myvi as a second car/kid’s car/market runabout but are now considering cross shopping between the two. While the Ativa may be a pricier proposition over the Myvi, all this new tech and extra kit might just tempt some over to this upcoming compact crossover. Moreover, with the crossover craze in full swing these days, there are naturally those who desire that added ride height of the Ativa over the Myvi, and are willing to splurge a little bit more for it.

So is the Ativa worth that hike in price over the Myvi for a slightly bigger, techier Perodua? That is the question to be answered here today.

Starting first with the obvious, the Ativa is dimensionally a larger car than the Myvi. While no official dimensions have been released by Perodua regarding this upcoming model, going by the dimensions of its Daihatsu counterpart instead it can be roughly estimated that  the compact crossover is to be a healthy 10 cm longer (3,995 mm vs 3,895 mm) and 10.5 cm taller (1,620 mm vs 1,515 mm) than the Myvi hatchback.

Strangely however, the Ativa is actually some 4 cm narrower (1,695 mm vs 1,735 mm) than the Myvi. To add to that, this larger compact crossover is strangely (marginally) lighter than its hatchback counterpart. Weighing in at a claimed 980 kg only as compared to the 1,015 kg.

On to the more subjective aspect of both its exterior aesthetic, a true comparison can’t really be made at this point seeing that we’ve yet to see how the Ativa looks like. Looking at its silhouette though, this new compact crossover will be most definitely be a more square and blocky car against the Myvi’s more rounded and blobby design.

As for exterior features, the higher two trim levels of Ativa has been confirmed to come with LED headlights featuring Adaptive High Beam (AHB), as well as larger wheels than the Myvi, with 17-inch alloys on the compact crossover compared to the 15-inch ones on the hatchback. Furthermore, a two-tone paint job with a black roof is also available as standard on this particular top-tier AV trim level, a first for a non-special edition Perodua.

Speaking of firsts, the Ativa will be the first Perodua to feature a turbocharger, as under the hood of this compact crossover lies a Toyota-derived 1.0 litre turbo three pot that outputs 98 PS and 140 Nm of torque. Sending this reasonable amount of power to the front wheels meanwhile will be the responsibility of a 7-speed DirectShift CVT with manual mode, incidentally yet another first for the Malaysian automaker.

Nevertheless, while all this new tech certainly looks nice on the front of a brochure, the Myvi’s 1.5 litre power plant shows that all this may not actually be all that big a deal. That is because the well-proven naturally-aspirated four-cylinder that is mated to an equally well proven 4-speed automatic transmission under the hood of this hatchback actually makes slightly more power than the technologically-advanced powertrain of the Ativa, at 104 PS and 136 Nm of torque. Despite its extra cylinder too, the Myvi incredulously drinks less fuel than the Ativa (20.1 km/l vs 17.8 km/l). Though this could possibly be attributed to the standard Eco-idle stop start system fitted to the Perodua hatchback, a feature which is missing from the compact crossover.

Just for the kicker, it is reasonable to expect that the servicing costs for the Myvi will be cheaper than the Ativa, simply thanks to its simpler powertrain. Thereby roundly proving that (on paper at least) simple may be sometimes the best way to go. On the subject of the boot, judging by the Japanese versions of this compact crossover at least, there also appears to be some nifty practicality features out the back which includes a 60:40 split folding rear seat arrangement, as well as a cavernous underfloor storage compartment that enables the Ativa to carry tall items in the boot. Now moving onto interior tech, it is fair to say that the Myvi ain’t exactly lacking in this particular department. The top spec variant especially is loaded with features that are not even standard on more expensive cars like automatic climate control and keyless go. Then again, the newer (and more expensive) Ativa is perhaps more does feature more gadgets and gizmos within the cabin than the now 3-year old Myvi, with the higher two variants coming as standard with a 7-inch TFT multi-info display and a 9-inch floating central infotainment touchscreen with voice recognition capabilities. Interestingly however, it remains to be seen whether this rebadged Daihatsu will feature the Myvi’s Malaysian-ised interior features like the integrated toll-card reader and handbag hook. Continuing on the tech specs Ativa, this upcoming compact crossover brings with it more active safety tech than any other Perodua on the road today. Most impressively of which is the adaptive cruise control that is featured on the top spec AV variant, along with Lane Keep Control (LKC), Blind Spot Monitor (BSM) and Rear Cross Traffic Alert (RCTA) that comes as part of its Advanced Safety Assist (A.S.A) safety suite.

Do note however that for the lower two X and H variants on the other hand, active driver assist features are only limited to Lane Departure Warning (LDW) and Lane Departure Prevention (LDP). The lowest X spec Ativas do without front corner sensors and a reverse camera too. Be that as it may be, Perodua has nevertheless been playing it big on the passive safety part for the Ativa, with all variants featuring 6 airbags and a host of passive safety acronyms. All of which are also available on the Myvi. Well, the higher trim ones anyway. Costing from RM 41,292 for the stripper-spec Myvi to RM 52,697 for the top-spec car with all the aforementioned bells and whistles, there is undoubtably a big price delta between it and the Ativa, which starts from RM 62,500 and goes to the heady-heights of RM 72,600. Saying that, there will still be some who will walk into the Perodua dealership wanting the Myvi and walk out with an Ativa.

So going back to the question as to whether or not the Ativa worth the extra outlay as compared the Myvi? The answer is a resounding: perhaps…?

A RM 15k to RM 20k price difference between the Myvi and the Ativa is still massive any way you cut it, even when spread out over a 9-year loan for instance. However, going by the specs at least, the Ativa does offer quite a lot of goodies for that extra chunk of change. 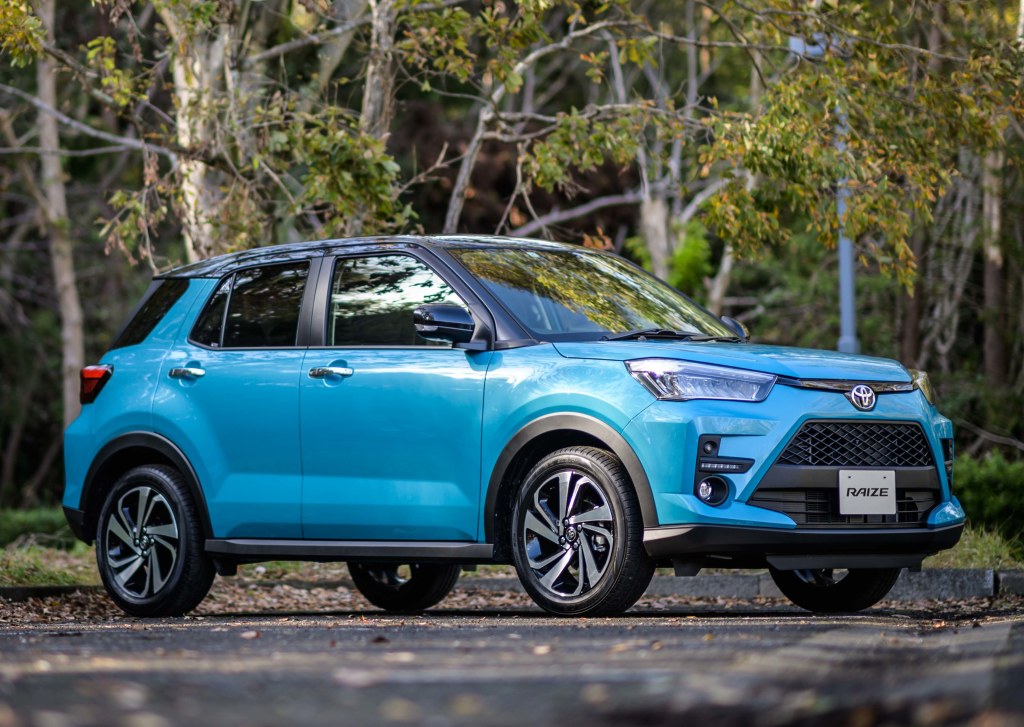 At the end of the day therefore, it all depends on the buyer’s preference and financial position when walking into the Perodua showroom. If you have the money to stretch for the Ativa, go right ahead as it can be in essence thought of as a fancy Myvi, and all the extra features offered with the higher price are indeed nice to haves.

That is not to say that the Myvi is its poorer sibling though, as for the money at least, the Perodua hatchback may perhaps be a marginally better value proposition in my book. It may be slightly smaller and slightly more technologically primitive when compared to the Ativa, but it does about 95% of what the more expensive compact crossover for 60% of the price.