Porsche Malaysia has released their latest electric sedan, the Porsche Taycan GTS. With the Malaysian government’s recent tax elimination for Do Not Worry Petrol Lovers, Petrol Engines Are Not Dead Yet

Worlds Biggest Car Manufacturers To Continue With Petrol Engines While some see electric cars as the future, many car manufacturers In 24 hours a pre-production Porsche Taycan electric supercar covered a distance of exactly 3,425 kilometres as part of a 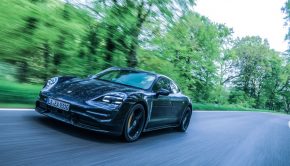 The upper premium sedan segment is fast expanding into the full-electric market. Starting next year, competitors for the ageing Tesla Porsche visits the Big Apple: as part of the grand finale of the ABB FIA Formula E Championship in New