Suzuki Cars To Officially Return To Malaysia Under Naza

Suzuki is set to make its official return to Malaysia on the 9th of April after a 5 year hiatus. Suzuki Cars Is Back In Business In Malaysia

Suzuki returns to Malaysia in April 2021 under the distributorship of the NAZA Automotive Group.  Well this is certainly a 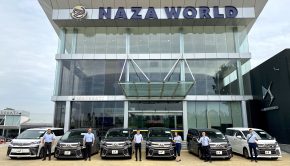 Merdeka is still a month away but great deals on cars are already starting.  Malaysia’s largest vehicle importer, Naza Motor Wearnes Automotive, a leading distributor and retailer of premium cars in Southeast Asia, has announced that the company will be DS cars arrive in Malaysia……starting with the Crossback