Malaysia Wants To Be An Electric Car Hub, But?

In February 2016, the Malaysian authorities announced they were set to import 100 Tesla cars, with a view to promoting While Malaysian automotive agencies continue to just ‘talk’ and ‘talk’ about moving into the battery electric vehicle (EV) landscape, it’s What do you think? Will Elon Musk look at this new BMW all electric sedan and call for an emergency 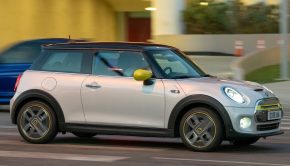