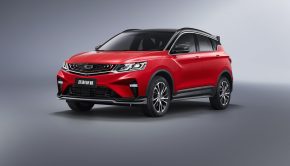 Despite having direct segment rivals priced lower, the Toyota C-HR continues to sell at a rate of 150-180 units a The Perodua Aruz crossover arrives in Malaysia in a variety of new and interesting colours to choose from. This 7 Perodua has officially launched its latest Sports Utility Vehicle (SUV), the Aruz, which has already received 2,200 bookings since order-taking