Revenue doubled year-on-year to RM4.06 billion from RM2.02 billion previously, the automotive industry company said in a filing with Bursa Malaysia this week.

Bernama just shared that “the better performance was mainly attributable to the higher contributions from all core segments, namely the automotive, equipment, and manufacturing and engineering divisions. In the automotive segment, its revenue of RM3.43 billion was notably higher than the RM1.59 billion reported in the corresponding quarter, mainly due to the higher number of vehicles sold in the current quarter. On prospects, UMW expects the automotive segment to continue to benefit from the sales tax exemption for outstanding orders made before June 30, 2022 and to be registered by March 31, 2023.

“The outlook for the segment remains positive and the group will continue to introduce well priced new vehicles like the Veloz and popular models to maintain its sales momentum. Barring unforeseen circumstances, the group is confident of achieving its sales targets for 2022,” it said.

On its equipment segment, UMW noted the demand for heavy equipment was expected to improve in line with the resumption of construction and infrastructure activities, while the group’s industrial equipment sub-segment continued to focus on growth sectors and expanded its forklift refurbishment business.

On the manufacturing and engineering segment, the group expects the segment to benefit from the robust original equipment (OE) and replacement equipment (RE) markets due to the expected higher demand for vehicles for the remainder of the year.

“Both the auto components and lubricants sub-segments are expected to register healthy growth supported by improving demand.

“The aerospace industry is gradually recovering as air travel improves leading to additional orders for planes. This, together with the clearing of the backlog orders, is expected to improve the demand for fan cases,” it said. 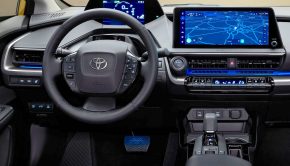