Is the base model BMW 3 series all the car you’ll ever need?

The 320i has always been considered vanilla of the BMW range. BMW purists have always held it up to be the starting point in one’s BMW ownership. Some could even say that it became the default choice recommended to anyone who is looking to splash some cash on a nice car.

However in today’s market, with the veritable variety of premium cars of every shape and size available on the market, not only offered by BMW but by other competing marques, it does beg the question whether the vanilla 320i still holds up to be all the car you’ll ever need? Design wise, the new 3 series is probably an evolution rather than revolution of the model before.

The kidney grille mercifully is still an acceptable size, unlike what is in store for the M3 if BMW makes good on its spy shots. However, it can be said that that latest iteration of BMWs most popular car is perhaps too conservative, and that it blends into the premium compact sedan segment too much.

Remember when the 3 series was first unveiled, some said it looked like a Lexus, especially at the rear. However given the prevalence of these 3-ers on the road these days, the average Joe now thinks that it is Lexus who are copying the Bavarian marque instead. The fact that some can say a car manufacturer is copying another though is telling on how samey the design in this sector has become. 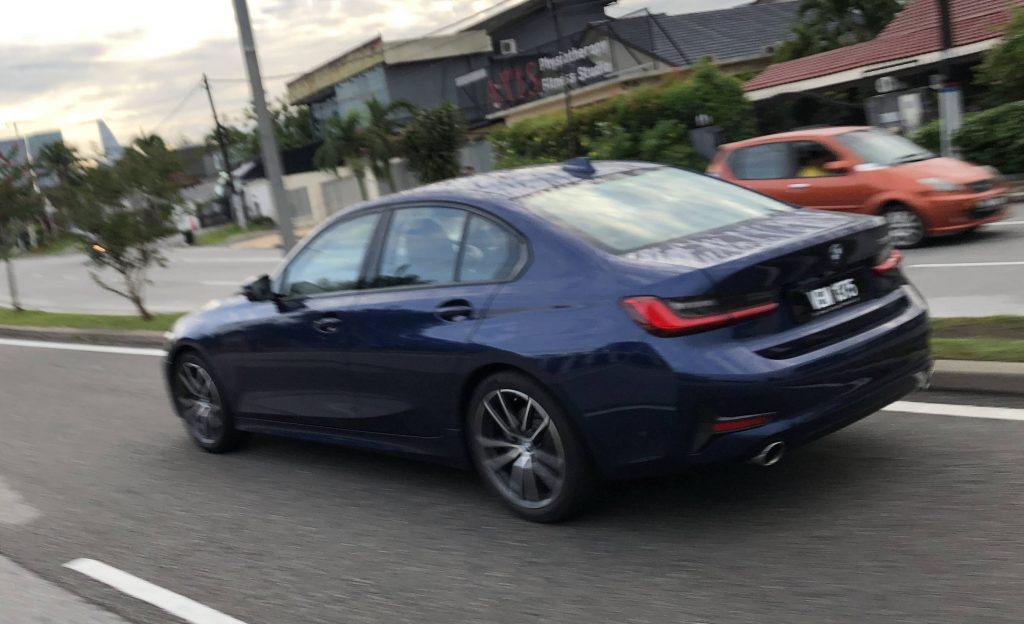 On the subject of the 320i specifically, fortunately not much is lost from its 330i sibling. Different alloys and a slightly different bumpers are the extent of the changes between the two models. The automatic LED headlights and taillights still remain, so do the twin circular pipes out back. Save for the tell-tale boot badge, it is near impossible to tell the difference between the two variants unless they’re parked side by side.

Much of the same story continues onto the interior of the 320i. The 330i might come as standard a fancy 10-speaker sound system while the lower-spec variant has to make do with only 6, however the sound system is sufficiently good for anyone bar the most fickle of audiophiles. Same can be said for the digital instrument cluster. The 320i might have to make do with digitised version of conventional dials, but at no point did I feel the desire for the fancy digital dashboard found in the more expensive 330i. My point is that at there wasn’t one instance during my time with this supposedly base spec 320i did I feel that the interior was the built down to a price. The smaller 8.8 inch central infotainment touchscreen with integrated Apple CarPlay was intuitive to use as ever and it came with all the bells and whistles one could reasonably ask for. The fit and finish of the cabin also still felt as premium as ever, fitting for a quarter-of-a-million-ringgit car. One small complaint though would be that the seats are rock hard, but that’s par for the course of these compact executive sedans that now think everyone who owns one has the arse of a racing driver. Although wrapped in lovely leather, a flat backside was not uncommon after an hour behind the wheel.

This fact, combined with the run flat 18 inch tires and suspension that is perhaps tuned for handling on this ultimate driving machine, means that the ride of this sporty Bimmer may be too stiff for the driver who might rightly prioritise comfort over precision handling in daily driving scenarios. Hard ride aside, behind the wheel is perhaps where the 320i shines the most.

Looking at the spec sheet for this base-spec Bimmer, one would not expect that it would be as powerful as it actually is. To the pedantic BMW purist, this is one of the handful of Bimmers to have their engine capacity correspond to the boot badge behind. The 2.0 litre turbocharged four cylinder under the hood may be the same as the 330i, but it has been detuned to make 184 PS and 300 Nm of torque. Marking a not insignificant decrease of 74 PS and 100 Nm of torque compared to the variant higher up in the range.

However, out on the road, this drop in power is hardly ever a concern. It might be 1.2 seconds slower (at 7.1 seconds) on the century sprint compared to the 330i, but numbers are irrelevant in the rear world anyway.

All you need to know is that once you step on the throttle, the eight-speed Steptronic automatic transmission will instantly kick down, and the scenery around you will move much much faster than you’d expect. What more, being a Bimmer, it is still whisper quiet at those higher speeds. To the point where one can legitimately not realise that they may have strayed way over the speed limit. 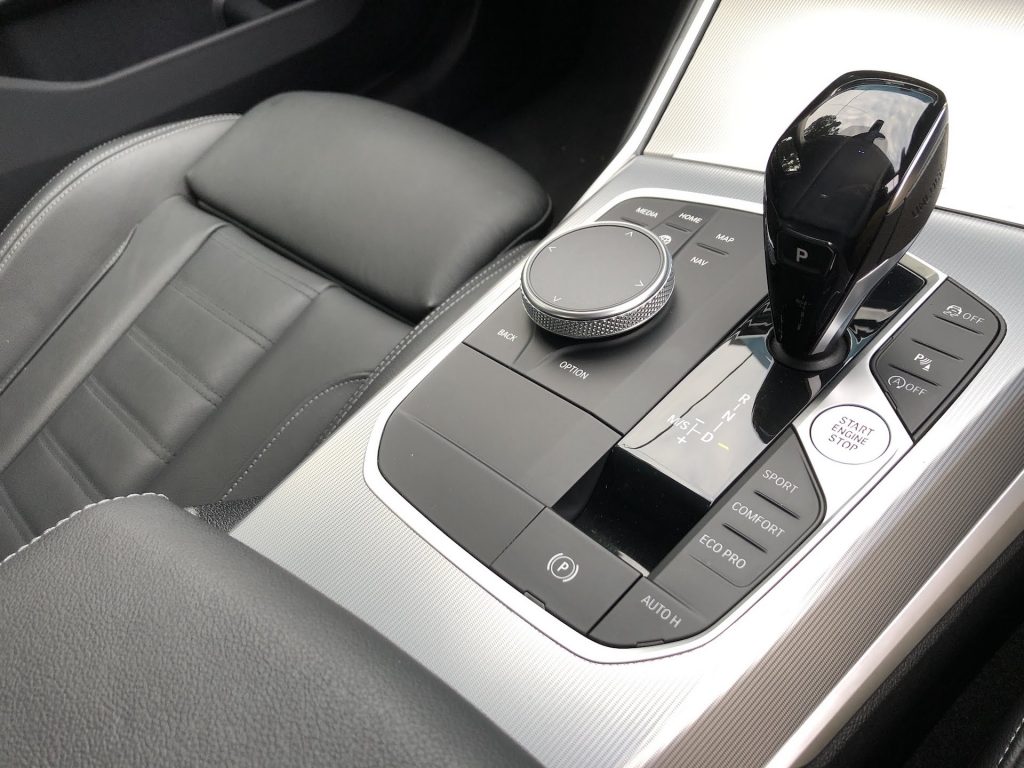 As if you need more convincing, one particular host of a popular automotive BBC/Amazon TV programme with a penchant for driving slowly has said that the 320i will be the only car he’ll have when he decides to sell his car collection off in his old(er) age. So, if the 320i is good enough for James May, it’s surely good enough for anyone who can afford its RM 242k (during sales tax relief period) price tag.

To those who are still adamantly insist that power is everything though, might I suggest the rocket-ship in a sharp suit that is the Volvo S60 T8 PHEV instead? 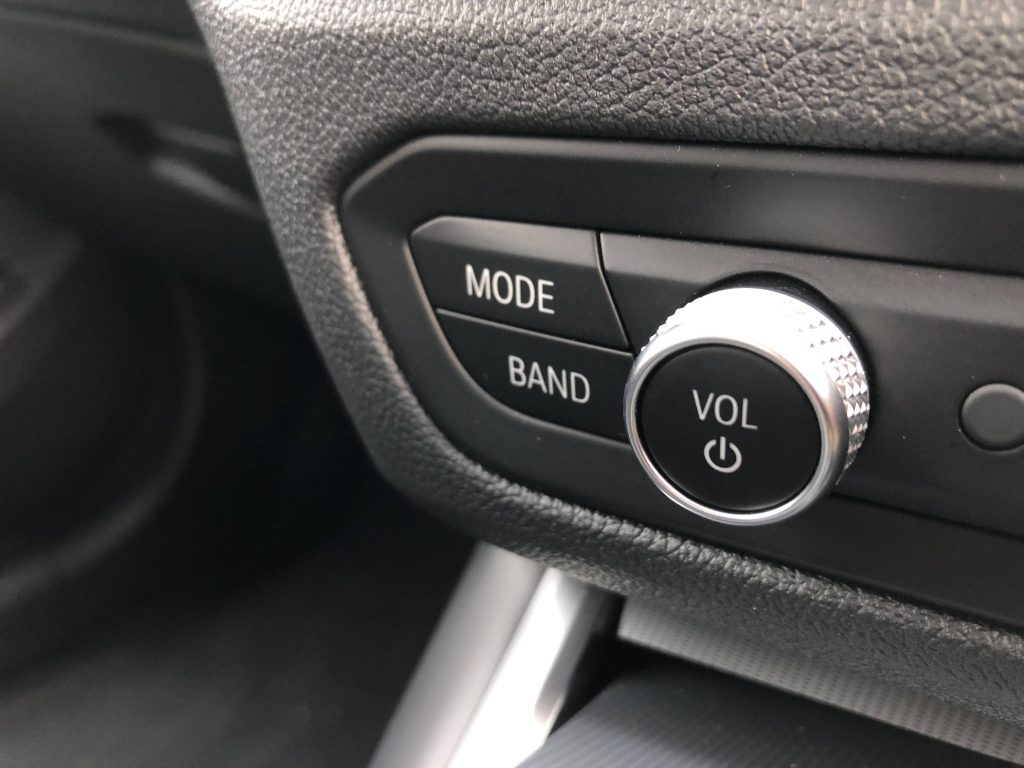 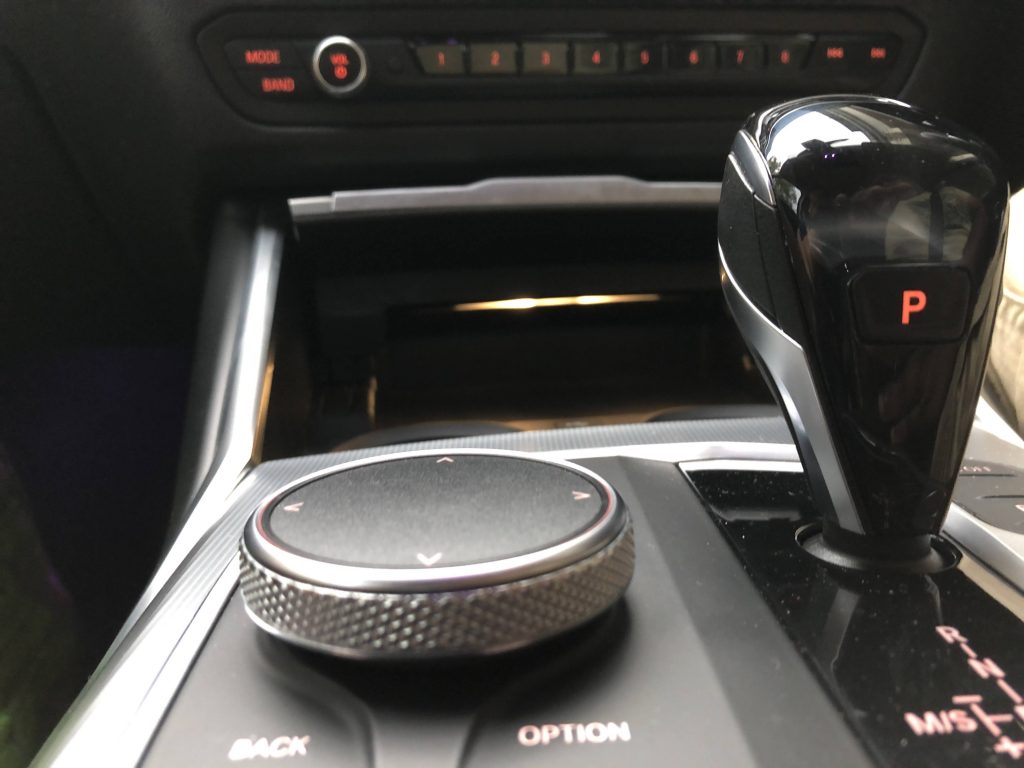