After its launch in 2019, the Toyota GR Supra won the hearts of many, continuing the legacy of the original Prince of Drift competes in a V8 GR Supra in Okuibuki 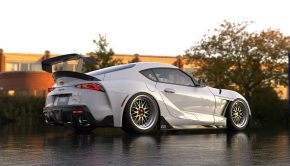 Toyota’s New Supra….does not impress us!