Think of this new Integra as a tarted up Civic SI hatchback and you’re (unfortunately) not far off.  It would

There are reasonable expectations for this racy RM20e to headline Hyundai’s future hot EV lineup. While Hyundai has been releasing Sony is surely putting a lot of work into a car that it was adamant won’t be going into production. This particular Chiron is put to rest after nearly 74,000 km of testing over 8 years.  Bugatti has recently announced This latest all-electric Lynk & Co is set to arrive in late 2021 with some amazing specs.  A mere three The popular mid-sized Honda Civic sedan has gone all mature on the styling department.  After weeks of fanfare and hype, 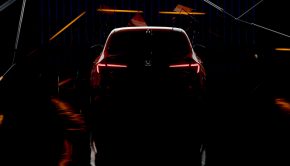 2022 Honda Civic Prototype To Debut On Twitch Next Week

Honda is getting in with the young kids by launching the 11th generation Civic on Twitch.  A new Civic will Enthusiasts rejoice, the new Z still has a manual transmission.  Believe it or not, the Nissan 370Z has been on