This latest all-electric Lynk & Co is set to arrive in late 2021 with some amazing specs.

A mere three months after its global debut, the new Lynk & Co Zero has already graduated from the concept phase of the development, and has since quickly moved on to pre-production testing. According to the Chinese automaker, this all-electric prototype has already undergone its first ‘dynamic test’ at the Yan Cheng test facility in Jiangsu Province, China. The array of tests performed include extensive high-speed testing on the banking, not to mention several handling tests ranging from chicanes to the Moose Testing. This is all for the purposes of validating, and also demonstrating to the car-buying public, the Zero’s ‘class-leading luxurious performance and high-speed handling capabilities’. While testing of this EV may not necessarily be the most interesting of stories, the press release accompanying this piece of news did divulge a little bit more information upcoming model, especially in regards to what lies under its skin. The first car to be debut Geely’s new Sustainable Electric Architecture (SEA), Lynk & Co has now come out and claimed that the new all-electric Zero will achieve a 0-100 km/h time of under 4 seconds.

Furthermore, fully controllable air suspension is to be featured on the Zero. Much like every other ground-up EV too, a low centre of gravity and a 50:50 weight distribution is among the tech specs of this Lynk and Co. Both of which are mainly attributed to the hefty 800 V lithium-ion battery pack that is mounted low down within this upcoming electric car. Based on the timeline provided by Lynk & Co, further physical testing including wind tunnel, and cold and hot weather testing is to be performed for the next few months. Production meanwhile should be confirmed sometime in the middle of next year, with customers receiving this latest addition in the automaker’s ever expanding lineup by the last quarter of 2021. Much like anything this year though, Lynk & Co maintains that this is still very much a tentative schedule, and that is subject to change. Nevertheless, having a car go from a piece of paper to rolling off a production line in just over a year is a seriously impressive feat in itself. Saying that, this rapid developmental timeline does look to be the future of the automotive industry, especially with all-electric platforms being the norm in the coming years. Much like how there is a new iPhone every year, there could well be a new model of car to be launched in the same time frame too.

While this lighting model turnover may be promoting innovation within the industry and be good business for everyone involved, it does however kind of go against the green environmentally-friendly ethos that the EVs are trying to promote. Regardless of how one looks at it, changing a car every year does seem like a very environmentally damaging thing to do, even if it is indeed a totally green car. In its first dynamic track testing debut, the Lynk & Co ZERO EV showcases some of its most impressive abilities, such as its fully controllable air suspension, class-leading luxurious performance and high-speed handling capabilities.

As part of the physical testing stage, the ZERO has undergone extensive high-speed testing on the high banks of the Yan Cheng track where it has achieved a sub-four-second 0-100km/h time, whilst having also undergone ‘Moose Testing’ for high-speed large object avoidance, and chicane handling tests to demonstrate how the ZERO EV handles in high-speed environments.

The ZERO EV has quickly moved from its concept stage to pre-production testing, showcasing the speed at which Geely Auto Group’s Research and Development can operate to bring products to market. The ZERO had its global debut on September 23rd 2020 along with Geely’s all-new Sustainable Electric Architecture, a new vehicle architecture that was specifically developed for electric vehicles, incorporating both hardware and physical software applications.

Further physical testing, including wind tunnel, and cold and hot weather testing is expected to continue over the remainder of 2020 and into early 2021, with the final model being confirmed for production in mid-2021.

Under the current schedule, customers will receive the first ZERO EVs in the last quarter of 2021. 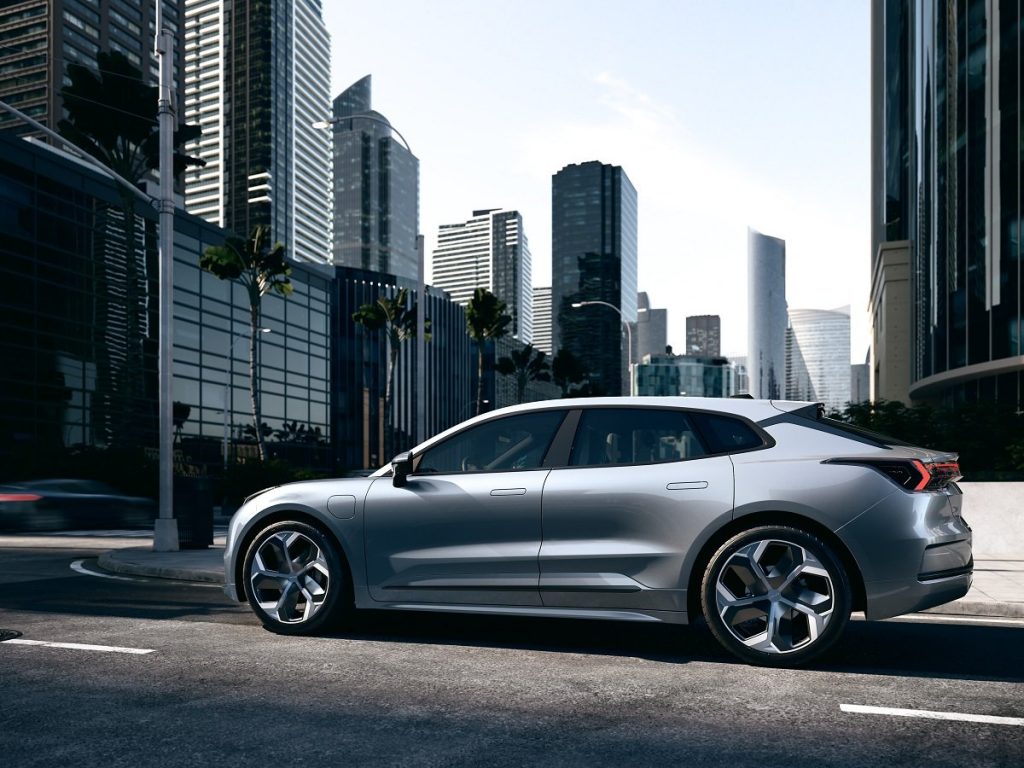 Performance is paramount with the ZERO EV, with a targeted range of 700km and an 800-volt battery pack that has no power degradation for the first 200,000km of its targeted 2-million-kilometre lifespan. The ZERO EV will also boast a 0-100km/h time of under four seconds with batteries positioned low in the vehicle’s SEA architecture to allow for a perfect 50:50 balance and a low centre of gravity for superior handling. The ZERO was designed with the idea that vehicles can continually evolve after leaving the factory through the use of Firmware Over the Air updates which will be a core part of the SEA Operating System, and also with input from third-party application development to keep SEA-based vehicles up to date.

“The speed at which we have taken the SEA based ZERO EV from concept to production-ready is really amazing. Today, we are gathering real-world data that matches our early estimations for SEA and for the ZERO EV. We are creating a new type of electric vehicle that matches performance with quality, and quality with technology.”