The latest and greatest Civic Type R sees a modest 10 hp power bump over its prior iteration.  Despite having Production Of 11th Gen Honda Civic Has Begun In Canada

The question now is when will production of this all-new Honda Civic kick off in Malaysia? The all-new Civic has This new Civic is claimed by Honda to be its most technologically advanced and most fun iteration yet.  Honda has 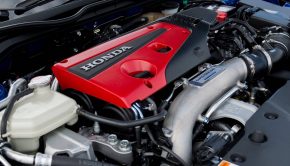 These Honda Performance Development engines however are rather pricey, and not road legal.  Good news to North American Honda enthusiasts