Earlier this month the brochure for this all new Proton X50 Crossover was leaked and now comes the official interior and exterior pictures.

Tagged as the Proton X50 Crossover, this is a Geely China product which has already seen sales success in some left hand drive markets like Russia and Philippines. China is a left hand drive market so little changes need to be made for export to these countries. For Malaysia, the right hand driver version needed a lot of engineering changes and also a comprehensive road test to maintain the drive dynamics that this crossover promises.

This Geely Crossover made its global debut in Moscow on the 29th of August 2018 as the Geely Bin Yue and then on the 25th of September it was launched in Philippines as the Geely Coolray by Japanese based conglomerate Sojitz Corporation as their exclusive distributor in the Philippines. It will probably produce a sensible 177hp and an impressive 255Nm of torque from 1,500 to 4,000 rpm and will be driven via a 7-speed ‘wet’ dual clutch gearbox developed in Geely’s China Euro Vehicle Technology Centre in Gothenburg, Sweden which boasts an industry leading 97% transmission efficiency. This crossover will be able to accelerate from 0-100km/h in about 7.9 seconds and reach a top speed of 195km/h. The interior of the Bin Yue has already been a much talked about topic among possible buyers. This Proton crossover will adopt the multi-layer instrument panel design and also leather and brushed metal processing that Geely’s version has, adding a lot of visual texture. The center console will also use the floating large-size center control touch screen which is equipped with Geely’s proud intelligent voice-activated infotainment system. At the same time, this new crossover will carry a full LCD instrument panel and a flat-bottom three spoke multifunctional steering wheel like with the Geely Coolray.

The all new Proton X50 Crossover is also known in China as the Geely SX 11 and it is built on the BMA platform, which stands for B-segment Modular Architecture. It has a maximum ground clearance of 180mm. It entry angle is 18% and it departure angle is 26% which is good enough for visiting durian farms and orang asli kampung road drives. This architecture was created in collaboration with Volvo engineers. It has a front transverse arrangement of the power unit and 70% of high-strength alloys in its composition. The suspension has a lighter structure. In the front, there are McPherson struts with an anti-roll bar, and a semi-dependent torsion bar at the rear. The trunk space of the crossover is quite good. In its standard position when loaded under the top shelf, it is capable of delivering up to 450 liters.

More information and the Malaysian showroom model pictures will be shared right after the media preview on the 15th of September 2020. 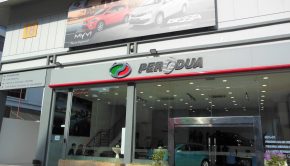 Infiniti QX55 Is A Sleek And Sporty Crossover-Coupe → 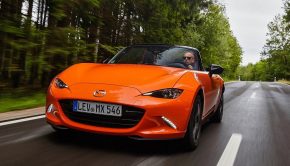