It has been an awful long time since anyone has laughed at cars coming out of South Korea, as in an amazingly short span of time both Hyundai and Kia have went from building cheap, crappy cars to having a lineup of genuinely good cars that are striking to look at, filled with the latest tech and are more reliable than a wood burning stove. The last statement of which is further backed up by Kia’s most recent achievement by being crowned as the top mass-market automaker in the JD Power 2021 U.S Vehicle Dependability Study. In fact, all three marques from the Hyundai Motor Group (Hyundai, Kia and Genesis) were ranked within the top 8 in this North American reliability survey. The only two marques to pip out Kia for the top spot are premium marques such as Lexus then Porsche, whereas Toyota, Buick and Cadillac narrowly beat out 7th place Hyundai and 8th place Genesis for 4th, 5th and 6th respectively. Going on for some 32 years already, the JD Power Vehicle Dependability Study measures the number of problems per 100 vehicles (PP100) experienced during the past 12 months by the original owners of three-year-old vehicles in 8 major vehicle categories. Kia’s first time at the top of the mass market category, it clinches the title due to its massive reduction in its PP100 score by 35 as compared to its 2020 results. Looking further at the data provided by JD Power, it shows that the industry average is currently at 121 PP100. The lowest in the study’s history, this is a good indication that new cars are getting more dependable, despite the added technology and complexity in cars these days.

Having said that though, there are some brands that still struggling in this field with their cars. No prizes for guessing that the likes of Alfa Romeo and Jaguar are languishing near the bottom of the list with PP100 scores of 186 and 196 respectively. Tesla’s debut into the dependability study this year with a lowly PP100 score of 176 also shows that the automaker, despite all of its fancy tech and fanatical fanbase, still has a long way to go in making dependable cars. Nevertheless, that figure is still a far cry from the lowest ranked automaker in this survey, Land Rover, who’s PP100 score of 244 makes it more than doubly as undependable than that of the industry average. Looking back at the other end of survey again, the Porsche 911 comes out on top as the most dependable car model for the second time in three years. Speaking of the Stuggart stallion marque, its Macan compact SUV was also named the most dependable compact premium SUV by JD Power in this survey. Further in-depth information regarding the full results of JD Power’s 2021 U.S Vehicle Dependability Study can be found in the press release below:

PRESS RELEASE: Vehicle dependability is at an all-time high, with the overall level of problems cited by owners declining 10% from a year ago, according to the J.D. Power 2021 U.S. Vehicle Dependability StudySM (VDS), released today.

“The study results validate what we have known for some time,” said Dave Sargent, vice president of global automotive at J.D. Power. “Automakers are making increasingly dependable vehicles—but there are still some problem areas that need to be addressed and some warning signs on the horizon.” The 2018 model-year vehicles measured in this year’s study were first examined in the J.D. Power 2018 U.S. Initial Quality Study (IQS), SM when new-vehicle quality had improved for the fourth consecutive year and reached its best level ever. Six of the 10 brands that ranked highest in that study also appear among the ten highest ranked in the 2021 VDS.

“Today’s three-year-old vehicles are of higher quality and more dependable than in previous years,” Sargent said. “Most owners aren’t experiencing their vehicles breaking down or falling apart but, for many, vehicle technology continues to function poorly or inconsistently. If an owner can’t rely on a system to work as they expect, it is also considered a lack of dependability. It affects their overall view of the vehicle and their likelihood of staying loyal to their automaker. In the future, dependability will partially be determined by the ability to solve problems through vehicle updates and the avoidance of technology obsolescence.” Following are key findings of the 2021 study: “The insights uncovered about vehicle dependability are valuable not only to automakers but to car shoppers,” said Tanya Parkes, vice president of the consumer division at J.D. Power. “Shoppers who visit JDPower.com can also learn how a vehicle compares to others, which brings more clarity to the shopping experience. The J.D. Power 100-Point Scores are based on independent and unbiased insights from consumers who have actually owned these vehicles, and that’s something in which shoppers are keenly interested.”

The 2021 U.S. Vehicle Dependability Study is based on responses from 33,251 original owners of 2018 model-year vehicles after three years of ownership. The study was fielded from July 2020 through November 2020. 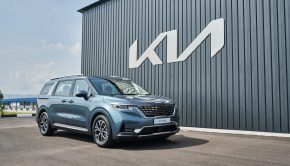