Priced from a sensible RM24,000, Malaysians with a tight budget and the need to get a car will be visiting all Perodua showrooms this weekend to get a closer look at one our personal favorites, the Axia. From the first model to this revised 2019 model, the Axia has been and is a really good city commuter vehicle with space for 5 in a pinch and luggage room adequate for a young family taking a weekend break.

Perodua now has given the 2019 Perodua Axia, Malaysia’s most affordable car with advanced safety features first seen in the very popular Myvi. “Since order-taking began on 22 August, we have amassed over 5,000 bookings for the 2019 Perodua Axia, even before its public reveal,” said Perodua President and Chief Executive Officer Dato’ Zainal Abidin Ahmad.

“For over a quarter of a century, Perodua has mobilised Malaysia with quality compact vehicles that offer practicality, dependability, ease to drive and low overall ownership costs. For these reasons and more, the Perodua Kancil and Viva were popular choices for an entire generation of Malaysians buying their first cars.

“The 2019 Perodua Axia carries on that spirit while offering Malaysians much more in an entry-level vehicle than ever thought possible. It offers major advances in safety and style never seen before in this segment and yet retains its affordability,” he added. Also, all variants from GXtra and above come with Vehicle Stability Control (VSC) and traction control, and all variants except the base E have ABS with Electronic Brakeforce Distribution as standard. ISOFIX is to be had across the range, while SE and AV variants get solar and security window film.

“The new Perodua Axia STYLE embodies the desire to be different; to unleash the fun and active side that exists in all of us. It is upbeat and trendy, and at the same time retains all the hallmark Axia qualities of practicality, spaciousness, clever design and ease to drive,” Dato’ Zainal said.

With rated fuel efficiencies of 22.5 km/l for the manual, 21.6 km/l for the auto and 20.8 km/l for the new STYLE variant, Malaysia’s pioneer Energy-Efficient Vehicle (EEV) continues to be among the most fuel-efficient vehicles on sale today.

“We invite all Malaysians to meet and test drive the 2019 Perodua Axia at any of our sales outlets nationwide, where our friendly authorised sales advisors will be on hand to assist you and answer your queries,” Dato’ Zainal said. *ASA is a driver assistance system that helps to reduce the risk of collisions and is by no means a substitute for safe driving. Always be alert and cautious behind the wheel. 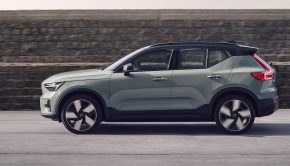