Electrified successors to the Spider and Mito are on the cards for Alfa Romeo’s future too.

News just in that Alfa Romeo is currently working on a plan to revive the GTV name for its upcoming electrified coupe. This comes amidst the bigger story that the Italian automaker is planning for yet another major revamp of its model lineup in the near future.

Coming just roughly 5 years since the last resuscitation attempt of Alfa Romeo — which saw the launch of the Giulia and Stelvio — this upcoming revival will see the Italian automaker make a concerted shift towards an electrification. Its revamped product lineup this time round will also be overseen by its newly installed CEO, former Peugeot boss Jean-Philippe Imparato. Starting off first with what is known about the revived GTV, there are sadly not a lot of concrete details available at the present moment. Autocar reports though is that the revival of this iconic Alfa Romeo nameplate could take the form of either a retro-themed 2-door coupe or a more practical four-door coupe body style (alá BMW i4), with both electrified (mild hybrid and PHEV) and full EV powertrains to be made available.

Now it is perhaps worth pointing out at this point that Alfa Romeo has originally planned to revive the GTV name as a 2-door coupe version of the current Giulia saloon. There were reports too of the revival of the 8C, though both those plans were unfortunately unceremoniously shelved to make way for the development of its upcoming Tonale compact crossover. Speaking of the Tonale, this new rival to the BMW X1 and Mercedes-Benz GLA that is set to arrive next year will incidentally be the only model within Alfa Romeo’s new lineup to still be based on an FCA-developed platform come 2025. That is because the groundup renewal of the Italian automaker’s product range by the middle of the decade will feature cars that to be based around all-new platforms and electrified drivetrains from Stellantis. More specifically, all upcoming Alfa Romeos for the foreseeable future will be sitting atop one of three passenger car platforms originally developed by the Groupe PSA and was made available to the Italian automaker through the Stellantis merger. The first of which being the firm’s proposed Brennero subcompact crossover, that will be sharing its electrified STLA Small underpinnings with the likes of the Peugeot 2008 and Citroen C4. While being based on shared platforms with its PSA siblings however, Alfa Romeo have reiterated its commitment to build upon existing design activities. All in a bid to give its future models the characteristic Italian stylistic flair and driving dynamics that is central to its brand identity.

Alfa Romeo has also stated that it will be continuing its close cooperation with fellow Stellantis stablemate Maserati. The two premium Italian marques will be pooling more resources in areas of engineering and development activities, in addition to consolidating its sales and service operations in regions like the US and China to further foster growth in those key markets in the future. 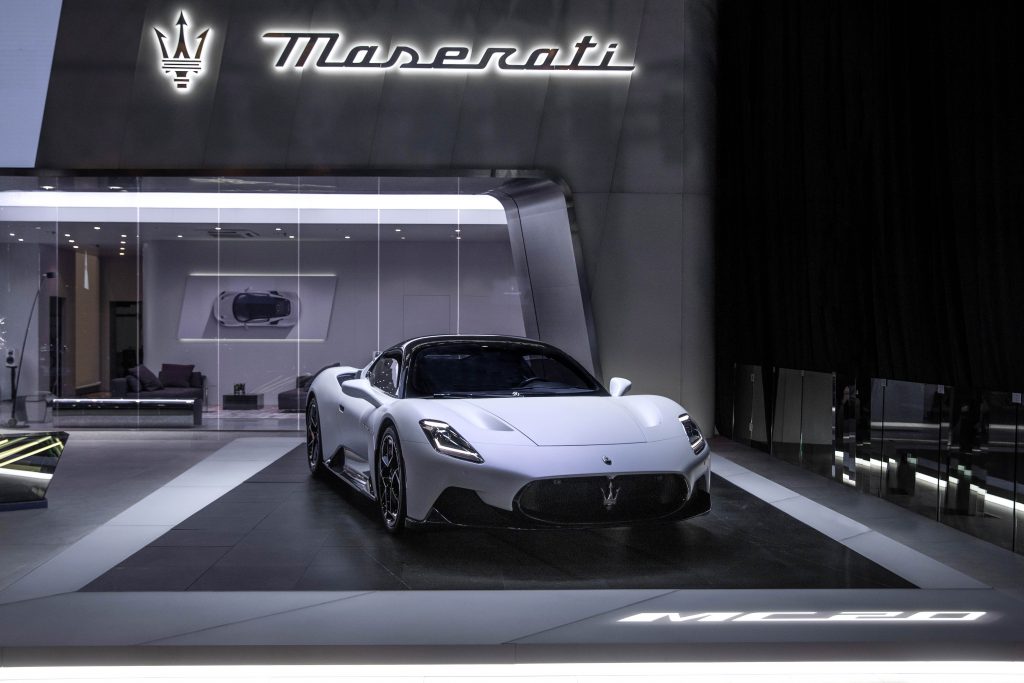 Continuing on the topic of the future too, there are whispers on the grapevine that the GTV will not be the only iconic nameplate from Alfa’s past that is set for an electrified revival. That is because apart from successors to the Giulia and the Stelvio that are currently in the works, the Mito hatchback and Spider roadster could be added to its upcoming lineup too. Though its new boss only said that the latter will only be considered if the Italian automaker reaches a ‘certain level of economic performance’, so its probably best not to hold out too much hope for it coming any time soon.