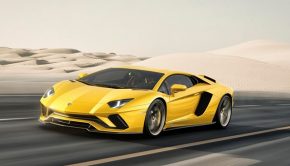 Lamborghini’s flagship V12 hypercar reached this important milestone after 9 years in production.  Lamborghini has announced that the 10,000th Aventador Looks like the millionaires of the world still have some money to spend.  In just two and a half years At the 2019 Frankfurt Motor Show Automobili Lamborghini will be unveiling the Lamborghini Sián: a hybrid super sports car to Lamborghini’s decision to move into the luxury SUV segment in December 2017 has made it more successful than ever before.