There is however unfortunately no proper GR Yaris Cross is on the cards just yet.   Toyota has recently announced 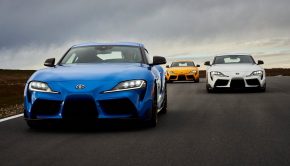 This connectivity update on the GR Supra comes after a performance bump last year.  Good news to iPhone users looking

This most recent win is also the 32nd victory of Toyota from its 100 endurance race entries. Toyota Gazoo Racing