Sime Darby, the sole distributor of Ford in Malaysia has announced some big news about the next-generation Ford Ranger. They 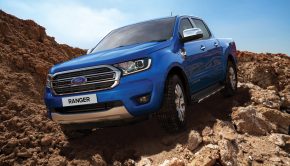 This is the JMC Vigus Pro which is built on a robust frame, engineered with premium specifications and powered by Save Up To RM 8,000 On A Ford Ranger Raptor Or WildTrak

Up To RM 8,000 savings now available on 2020 model year Ranger Raptors and WildTraks.  To those who have lusted