This classic S-Class Benz replaced the W 108/109 series and was initially comprised of three models: the 280 S, 280 SE and 350 SE. The 280 S and 280 SE models featured the six-cylinder engine M 110 with dual overhead camshafts that had made its debut in the W 114. Six months later the S-Class saloon was also offered with the larger 4.5-liter V8 engine in parallel to the 450 SL and 450 SLC. At the same time the 450 SEL was introduced, its wheelbase lengthened by an extra 100 millimetres; as with its predecessor models, the additional space served to increase legroom in the rear. The long version was also available from November 1973 as a 350 SEL and from April 1974 as a 280 SEL. PRESS RELEASE: In 1975 Mercedes-Benz introduced model series 116’s new, top-of-the-line model, the 450 SEL 6.9. The high-performance saloon was one of the fastest vehicles at the time, as only very few sports cars were able to reach even higher speeds. Nowadays, it’s a sought-after classic. Engine with a legacy

The technical basis for the eight-cylinder engine with plenty of displacement stems from the legendary Mercedes-Benz 600 (W 100 model series). However, with the same displacement, its cylinder bore had been increased even further, from 103 millimetres to 107 millimetres. This resulted in a displacement of 6,834 cc in the 450 SEL 6.9. The engine generates 210 kW (286 hp) at 4,250 rpm and reaches its maximum torque of 550 newton metres at 3,000 rpm. Such a high torque allows the integration of a very “long” rear-axle ratio (2.65). This cuts the engine speed and thus noise levels. Engineers even kept maintenance costs in mind: the hydraulic valve clearance compensation mechanism makes retrospective adjustment obsolete. Thanks to a newly developed cylinder head gasket, it is no longer necessary to retighten the cylinder heads. Dry sump lubrication paired with an oil quantity increased to twelve litres makes it possible to stretch oil change intervals to 15,000 kilometres. The three-speed automatic transmission basically stems from the 4.5-litre models, but is adapted to the output and increased torque of the “6.9”. Mercedes-Benz took a completely new approach in terms of the suspension. Following on from the pneumatic suspension in the 300 SEL 6.3, the 450 SEL 6.9 is equipped with a hydropneumatic variant, which includes a level control system. Four spring elements additionally take over shock absorber activities. A pressurised oil system balances out the oil volume within the spring struts. As a result, the vehicle’s ride height remains constant and the full spring travel always remains available. A press release dating back to 1975 described the outstanding handling as “this innovation ideally links excellent handling characteristics and maximum comfort throughout the entire speed range”. Its performance values are extremely impressive considering automotive engineering’s state of the art around five decades ago: the vehicle’s top speed is 225 km/h, a value that was even frequently exceeded during tests conducted by the specialist press. The model accelerates from zero to 100 km/h in 7.4 seconds. When empty, the “6.9” weighs 1,935 kilograms. In 1975 its DIN consumption value was stated as 16 litres per 100 kilometres at a speed of 110 km/h. Compared with today’s dimensions, the wide-base tyres back in the day were relatively humble at 215/70 VR 14. 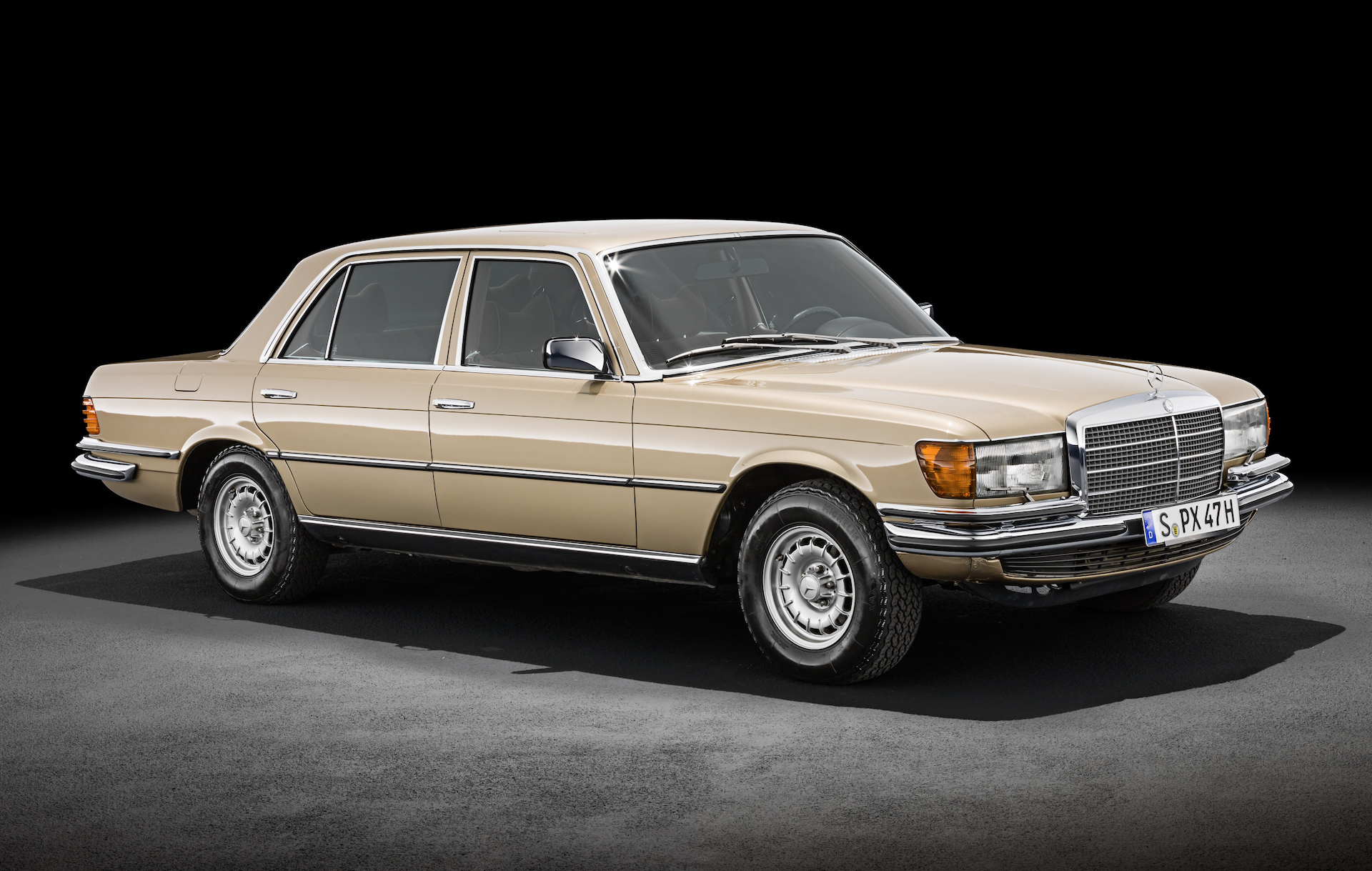 Comfort features, such as an air conditioning system, heat-insulating glass, a heated rear window, central locking, cruise control, power windows, a headlight cleaning system, velour upholstery as well as inertia-reel seat belts both at the front and rear formed part of the standard equipment on board the 450 SEL 6.9. It goes without saying that optional extras were also available, for instance an electric sunroof (987.90 German marks) and the highly exclusive Becker AT 160 S car phone (13,542 German marks). In 1972 Mercedes-Benz introduced the new S-Class with the 280 S, 280 SE and 350 SE models. “S-Class”: This designation was used for the first time. With it, the Stuttgart-based brand dominated the top-level and luxury categories and the vehicle became a synonym for luxury, comfort and safety. Vehicles by Mercedes-Benz and its original brands have dominated this segment since the dawn of the 20th century. Right from the outset there were plans to expand the range towards the top by models with 4.5- and 6.9-litre engines. The 450 SE and 450 SEL models were launched on the market in spring 1973, the 280 SEL and 350 SEL models with a wheelbase that had been extended by 100 millimetres to provide more legroom for passengers in the rear were added to the range in 1974.

At the presentation of the “6.9” in Le Hohwald in France in May 1975, Professor Hans Scherenberg, Member of the Board of Management of what was then Daimler-Benz AG and Head of the Overall Development and Research department said: “As the S-Class’s top-of-the-line model and successor of the 300 SEL 6.3 with air suspension, the 450 SEL 6.9 has the potential to live up to the demands of our most spoilt contemporaries.” 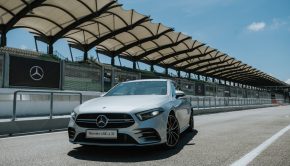