The Landrovers Bigfoot II may be the cleanest, baddest resto-modded Defender to date.

Once the domain of rural farmers and the occasional explorer, the Defender has turned into a lifestyle vehicle. This legendary British off-roading icon has garnered fans from all over the world, mainly thanks to its timeless tonk-toy design and its go-anywhere attitude. Saying that, not everyone who is looking for a lifestyle 4×4 is looking to put up with the Defender’s various vintage attributes, not to mention the British build quality. This is especially the case for the more affluent Defender enthusiasts, who are willing to splash the cash to pimp out their Defenders, to become something like the 110 you see in the pictures here. Named Bigfoot II, this particular pimped out Defender is built by a resto-mod specialist that focuses solely on Defenders named The Landrovers. Like all restomods, this Land Rover fully rebuilt on an improved from the ground up. What started life as a 1994 Defender 110 crew cab has now been transformed into this magnificent baby blue beast you see here. Under the hood of the Bigfoot II lies not a weedy oil-burner, but instead a fire-breathing Corvette LS3 6.3 litre V8 motor mated to an automatic transmission. A full length stainless steel exhaust system makes sure everyone around knows something special is under the hood of this powered blue truck, while 6 pot AP racing brakes ensures sufficient braking performance to keep the LED headlights up front in one piece.

The V8’s 450 hp is not purely for use on the road only too. Thanks to its big chunky tires and beefed up suspension, the Bigfoot II will quite happily go off the beaten track. Fully rebuilt axles and swivels, in addition to the low-range transfer case means that this Landy can still certainly climb every mountain, and ford every stream. Handily, if things do go south when off the beaten track, this Defender also features a black powder-coated external roll cage (with integrated roof rack) and a WARN winch to get one out of trouble. Moving onto the interior of Bigfoot II, some much needed modernisation has been sympathetically given to this design that dates back to the 1940s. While the overall Defender interior aesthetic remains, modern amenities like working air conditioning and a modern infotainment system has been added to bring the Defender into the 21st century. Diamond patterned leather upholstery throughout the interior, and also the lashings of brushed aluminium on gear levers, door handles and rear window winders have also made its way to the Bigfoot II to add an air of luxury within what was once a utilitarian cabin. Speaking of the changes made to the utilitarian aspect of the Defender, the bed of a Defender that is normally used to carry cargo, has been transformed into a yacht-like outdoor seating space for four in the Bigfoot II. Two bench seats, each with their own lap belts and upholstered in the same diamond patterned leather, are to be found the sides of the now teak-lined truck bed. Allowing this 110-inch wheelbase Defender to now legally carry 9 occupants anywhere to savour the full wind in the hair experience. The luxury of carrying nine in your Defender doesn’t come cheap though. While The Landrovers will not officially announce the price of this bespoke resto-mod build, safe to assume that it will probably cost a small fortune for this large, heavily modified off-roader. Seeing that this Bigfoot II and any custom Defender built by these specialists are US compliant, this does signify that there is a market for a very expensive, heavily modified car that Land Rover seemingly forget to stop making until just recently. Come to think of it, from what we’ve learnt from Hollywood, what encapsulates the perfect lifestyle more than driving down California’s Pacific Coast Highway in an open-top Defender with a bunch of mates? 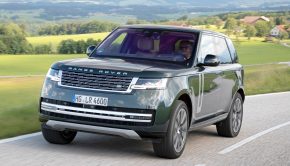