Lotus have just debuted their first SUV – the Lotus Eletre. The Lotus Eletre is the first EV to be released by the automaker and is part of Lotus’ revival following the release of the Emira last year. Although being the car company’s first non-sportscar, the Eletre still maintains the original DNA of iconic Lotus sports cars while having the usability of an SUV. It is the first of the three Lotus EV’s that have been planned for the next four years. First known as the Type 132 SUV, Lotus claims that the Electra is the world’s first electric ‘Hyper-SUV’. It is built on an all-new 800v dedicated electric vehicle architecture with a optimized power distribution system. It makes use of aluminum and high tensile steel that allows for a rigid base while enabling fast battery charging. The Lotus Eletre does not have an engine under its bonnet. It is fitted with two electric motors with each one powering the front and back end of the 4WD vehicle. It has a battery capacity over 100kWh and a power output that starts from 600hp. A 350kW charger will deliver a 400km (248 miles) range in just 20 minutes. The car’s target maximum range is 600km based on the WLTP driving scale.

The design of the SUV has been based on the Electric Premium Architecture (EPA) by Lotus. This means a ‘skateboard’ type low design which allows for better handling overall and easier accommodation of different battery sizes, motors, components layouts and intelligent driving technologies. The main element focused in the Eletre’s design was its aerodynamics, similar to the Evija and Emira. It takes advantage of porosity – the aerodynamic principle of air where most of the air is channeled through a specific part of the vehicle. This is mainly noticed at the top of the D-pillar, ahead of and behind the front wheel arches and behind the rear wheels. This technique of design provides the driver with benefits like less air resistance when driving, improved vehicle range, speed and performance.

Inside, the Eletre features a driver-focused cabin that is relatively simple looking and built from lightweight and ultra-premium materials. A large 15.1-inch OLED centre touchscreen display for infotainment that looks like its floating takes up most of the cabin space. Additional information is also displayed to the driver through an augmented reality head-up display which comes as standard. The technology throughout the vehicle is quite impressive. Interior-wise, the electric SUV has been fitted with an 800-watt 15-speaker surround sound setup by KEF as part of the KEF Premium package that is included as standard. If customers want more, they can upgrade to the KEF Reference package which includes a 1,500-watt 23-speaker system with Uni-Q and 3D surround sound system instead. Digital is way to go for the Eletra. Almost every element of the vehicle can be controlled digitally with either a smartphone of the central console. Lotus says that 95% of the vehicle’s functionality can be accessed with only three touches on the main screen, for maximum convenience. Updates for the system are also available over-the-air. Aside from infotainment purposes, drivers can utilize the Lotus Eletra smartphone app to allow the car to drive autonomously from a nearby parking space, and then autonomously repark once the journey is complete. Integrated 5G connectivity is also part of the Eletra package. 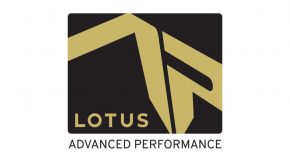