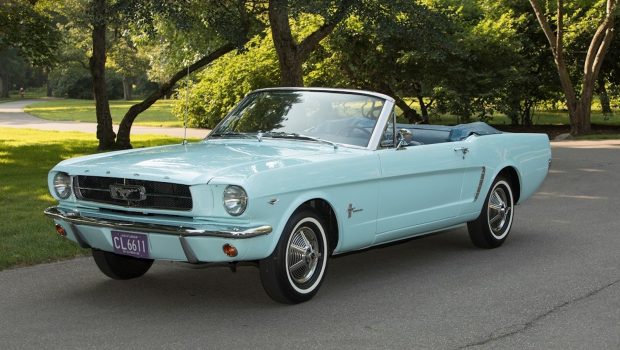 Last week on the 17th of April, 2020, the iconic Ford Mustang sports car celebrated its birthday under lockdown. The celebration was quiet with just a few older siblings present and some current showroom specials wishing this much loved American motoring icon another 56 years of sales success. “We’re proud of our growing Mustang stable and performance variants,” said Jim Farley, chief operating officer, Ford Motor Company. “From Sweden to Shanghai, more and more driving enthusiasts are enjoying the feeling of freedom and the American open road in these new Mustangs. We are honored to serve our owners, enthusiasts and fans for 56 years and counting.”

Fueled by its greatest-ever performance lineup, Mustang sold 102,090 units, according to the most recent new vehicle registration data from IHS Markit, making it the best-selling sports car in the world in 2019. During this period, Mustang sales in Germany increased 33 percent, in Poland sales rose by nearly 50 percent, and in France, they nearly doubled. Malaysia has also seen a rise in Ford Mustang sales and even recently there was viral news about a Mustang being crashed by a lady driver who went on a joy-ride.

The year 2019 also marks the fifth consecutive year that Mustang was the best-selling sports coupe in the world. Sports coupes, as defined by IHS Markit, include two-door and convertible models.

The Ford Mustang was introduced to the Malaysian market in 2016 by Sime Darby Auto Connexion. Two engine variants were brought in which was the 2.3-litre inline-4 Ecoboost model and the 5.0 V8 GT model costing between RM488,888 and RM598,888 on-the-road without insurance. From what we have heard, most of these were sold during the 3-month GST/SST-free period which brought most car prices down by at least 6%. Today, most Ford Mustangs sold in Malaysia are via the reconditioned import sellers (AP holders) who sell both variants imported in from England.