While it has long been rumoured, Honda has finally made it official that its upcoming all-electric SUV will be known as the Prologue. What more too is that there is now also a rough idea on when this new model will be launched, and that will be a whole three years from now in 2024.

Set to lead the (much delayed) electrified charge for Honda over in North America — the cutesy Honda e didn’t make it over to the land of large SUVs — the Prologue will be the first of two models sitting on General Motor’s all-electric Ultium platform. The other car meanwhile will be an as-yet-unnamed Acura SUV, which will be debuting just after the aforementioned Prologue in the same year. Now speaking more about the Prologue, official details about this upcoming e-SUV is still rather thin on the ground at present. The partnership deal inked with GM however notes that the Japanese automaker will be responsible for the interior and exterior design, with the platform to be modified to feature Honda’s signature driving characteristics. Executive vice president of American Honda, Dave Gardner, further states that ‘the Prologue will provide our customers with a battery-electric SUV with the excellent functionality and packaging they’ve come to expect from Honda’. What he neglected to mention however is that both the Honda and Acura SUVs will be manufactured in GM plants in North America.

To those die-hard Honda fans though, there is some good news on the horizon as the company will also be debuting a new series of EV models in the second half of the decade based on its own e:Architecture. This is all part of the Japanese automaker’s wider push towards achieving a 100% zero-emission lineup in globally by 2040, with the aim for complete carbon neutrality being achieved a decade after that.

Honda claims that details regarding the new Prologue will be released over the coming months. It has to be said though that the name for this upcoming e-SUV is nevertheless rather ironic, as while it may be the first all-electric Honda (for North America), its 2024 due date is way behind the curve of the current crop of e-SUVs that are already available on the market today. PRESS RELEASE: Honda today announced that its first new volume battery-electric vehicle will be named “Prologue,” signaling a new electrified era that will lead to the company’s vision for 100% zero emission vehicle sales in North America by 2040. An all-new SUV coming to market in early 2024, the battery-electric Honda Prologue will be highly competitive with the functionality expected by Honda customers. More specific details about the new vehicle will be released over the coming months, and Honda will engage with prospective EV customers throughout the launch starting with a new webpage at https://automobiles.honda.com/future-cars/prologue.

In addition to the Honda Prologue, the company will introduce an all-electric Acura SUV in the 2024 calendar year. Both will utilize the highly flexible global EV platform powered by Ultium batteries based on the company’s strategic partnership with General Motors. Honda also plans to launch a new series of EV models in the second half of the decade based on a new e:Architecture, with development led by Honda.

“Our first volume Honda BEV will begin our transition to electrification and the name Honda Prologue signals the role it will play in leading to our zero-emission future,” said Dave Gardner, executive vice president of American Honda. “The Prologue will provide our customers with a battery-electric SUV with the excellent functionality and packaging they’ve come to expect from Honda.”

In April 2021, Honda global CEO, Toshihiro Mibe, announced a vision to achieve carbon-neutrality for its products and corporate activities by 2050, including key targets for sales of electrified vehicles. This vision calls for the sales ratio of battery-electric and fuel cell electric vehicles in North America to progress from 40% by 2030 and 80% by 2035 to 100% by 2040. More details about that announcement, are available here.

Honda has a long history of leadership in bringing electrified vehicles to market in the U.S., beginning almost a quarter century ago with the EV Plus electric vehicle (1997); to America’s first hybrid, the Honda Insight (1999); the Honda FCX (2002), the industry’s first fuel cell vehicle in the hands of individual customers, and the Clarity series (2017). As Honda prepares for the launch of Prologue, the company will introduce hybrid-electric systems to more core models to continue to reduce CO2 emissions and bridge customers to the volume battery-elecric vehicles now in development. “We know customers who have a good experience with a hybrid vehicle are more likely to buy a battery electric vehicle in the future,” said Gardner. “Our strategy is focused on introducing a higher percentage of hybrids in core models in the near term, making a committed effort to achieve higher volume leading to the introduction of our Honda Prologue.” 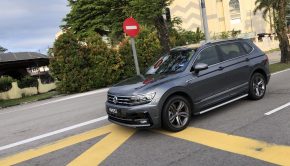