Sales of Ducati motorbikes grew significantly in China, Germany and Switzerland over last year too.

Despite 2020 being a tough year for nearly everyone in the auto industry, there are nevertheless some who managed to weather the tumultuous year better than others. While it still represents a steep drop from the €52 million (RM 255 million) profit made off the sale of 53,183 motorbikes back in 2019, the fact that Ducati managed to make a profit at all in 2020 when it weathered a 7-week halt in production in its peak period is an amazing feat in itself already. Moreover, the Italian motorcycle manufacturer has announced that last year saw its highest ever turnover per bike, at an average €14,883 (RM 73,000) for each motorcycle as opposed to €13,500 (RM 66,000) per bike in the year before. To hear Ducati put it, rigorous cost cutting and the streamlining of its inventory has mainly contributed to keeping out of the red in 2020. Having said that, there could also be a case that its bikes are also perhaps more in demand than ever, as affluent people across the world sought to splash their cash on something that allows them more freedom after being cooped at home for so long. This latter point could be evidenced by the strong spike in sales in China (+26%), Switzerland (+11.1%) and Germany (+6.7%) over the last year. Italian sales of Ducati still remain on top though, with USA sales coming in close behind.

Over the last 12 months, Ducati has managed to deliver a flurry of new models like the new Multistrada V4, SuperSport 950 and the Scrambler Nightshift to its customers. Deliveries of the recently launched Scrambler Desert Sled Fasthouse and the new Monster meanwhile are to begin in 2021. As for its motorsports participation, the Italian motorbike manufacturer hopes to defend its 2020 constructor’s title in the 2021 MotoGP season, while simultaneously also competing in the Superbike World Championship that is slated to begin in May. 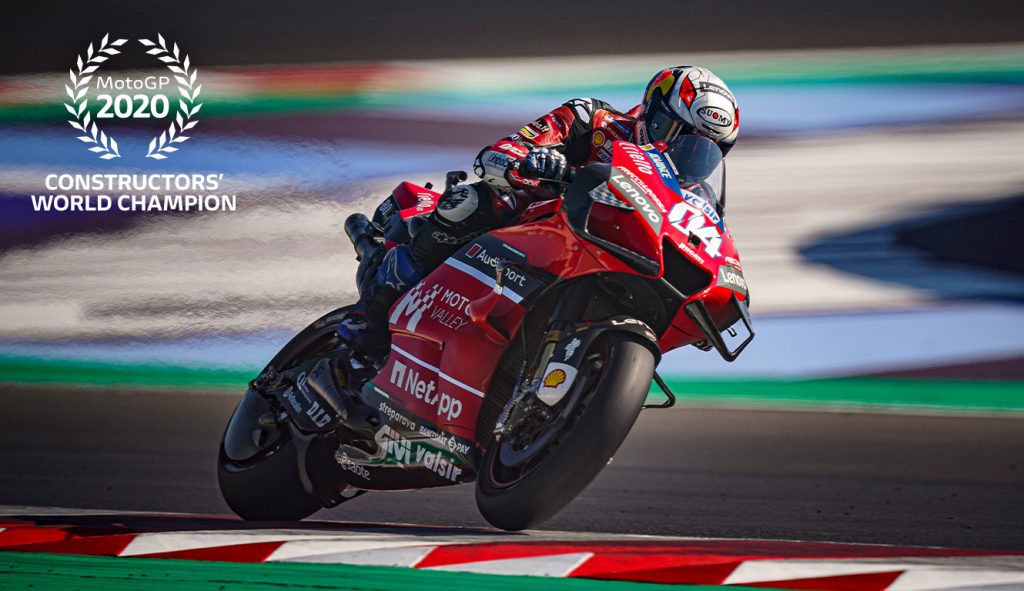 PRESS RELEASE: Ducati closes a challenging 2020 reinforcing the solidity that the Italian motorcycle manufacturer has demonstrated in the last years. Despite the complex global situation and the seven-week halt in production right at the peak period of the season, 48,042 (2019: 53,183) motorcycles were delivered to customers all over the world, limiting the sales gap compared to 2019 to -9.7%.

The turnover per bike figure has grown to €14,883/motorcycle (2019: € 13,500), representing the highest value ever reached in the history of the Company. This consistently reflects the strategy of evolving the product range towards the highest and premium part of the market.

Claudio Domenicali, CEO Ducati Motor Holding, declared: “2020 was indeed a challenging year but we are satisfied with our financial performance throughout. Thanks to rigorous discipline, we were able to reduce fixed costs thus limiting operating margin drop. At the same time, vastly reducing inventories had positive effects on cash flow, which is the best ever recorded to date.

Investments in new products were fully untouched and this paved the way for a positive development of Ducati in the future.

A heartfelt thank you goes out to the women and men of Ducati who, every day, with passion and dedication, contribute to the company’s strength and success even in this very complex and tough year.” Oliver Stein, CFO Ducati Motor Holding, added: “Financial stability is extremely important for the company to support its technological development, product and process innovation programmes, along with Ducati Corse department activities. A solid financial foundation guaranteed us to maintain these important pillars also in these challenging times. We are glad that we were able to guide Ducati through such a complex situation in 2020 and we start the 2021 with a trusting attitude to recover clearly faster than originally anticipated.” Strengthened by the results achieved so far thanks to the continuous support of its working women and men, Ducati is ready to face the new year with energy and enthusiasm.

In 2020, the Italian motorcycle manufacturer has again confirmed to be one of the most attractive employers, achieving the Top Employer Italy certification for the seventh consecutive year. Over the past year Ducati, that counts 1,800 employees, was able to respond quickly to the evolving situation imposed by the pandemic in terms of working arrangements. Already from the beginning of March an internal task force was set up, bringing together inter-divisional skills to ensure method, sensitivity, constant and transparent communication with employees. Several initiatives were put in place to support workers and their families, such as maximum flexibility of working hours and help in finding home care services for children and the elderly through the company’s Welfare platform.

The Ducati sales network consists of 738 dealers in over 90 countries. Deliveries of the new range will begin in 2021, including the Ducati Scrambler Desert Sled Fasthouse and the new Monster, the motorcycle that represents all the essence of Ducati in the lightest, most compact and essential form possible. The new Multistrada V4, SuperSport 950 and the Ducati Scrambler Nightshift are already available worldwide.