This is though mainly as Perodua only sold 655 cars during the lockdown time of July.  There might perhaps be

This huge loss is actually worse than it is, as it only takes into account local vehicle sales.  It should The DBX SUV accounted for over half the Aston Martin models sold during this time.  While many automakers are currently 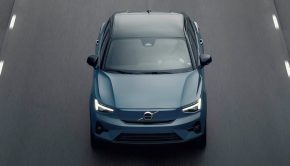 Volvo Achieves Record Half Year In Sales This Past 6 Months

Operating profit for Volvo Cars are the best in its 94-year history too.  2021 has been fantastic for Volvo so