Are EVs Even Reasonable For Us Right Here Right Now?

In other words, are EVs ready to replace conventionally powered cars for most Malaysians?

Recently, a friend came to me asking for recommendations regarding a sensible daily driver for around the RM 60k mark. Being the ever-helpful soul that I am, I promptly listed out the typical safe choices that ranged from a new Perodua Myvi/Proton Iriz to a slightly used Honda City/Toyota Vios and Honda Jazz.

Being the automotive nut that I am too, my browser was soon open to the local various classified sites to see what good left field alternatives that could be had for that kind of money. It was at that point then I stumbled upon a rather interesting ad for a Renault Zoe, that was up for sale for only a shade under RM 60k. Upon first seeing the advert, I thought this little Zoe here would be perfect for his needs as a cheap-to-run little commuter car for his travels in and around KL. Moreover, being somewhat of a friend-of-mother-earth type of guy, he would surely appreciate the idea of running around town in a car that is not emitting any nasty emissions from its tailpipe at all.

Deliberating deeper into this topic however, I found it harder and harder to wholeheartedly recommend this particular all-electric Renault to him. This is not because the Zoe is a bad car in any sense, but instead it has more to do about the idea of running an EV in Malaysia at the current moment.

Fortunately, the crux of my internal debate regarding this topic can be somewhat broken down into 3 main points: range, charging and costs. Each of which has its positives in favour of the all-electric car, but each of which also has its pitfalls when compared with a conventionally powered car. All of which I shall attempt to elaborate down below. Kicking things off with the topic of range, this is perhaps the most hotly debated topic when it comes to all-electric vehicle adoption. However, in my opinion at least, this range debate that has been raging is perhaps the biggest red herring towards the wider adoption of EVs, especially in Malaysia.

That is because most EVs these days, with their 200-400 km range, is most likely sufficient to cover not only the daily, but perhaps even weekly commutes of the average Malaysian on a single charge. To put it in another sense, most Malaysians will probably have to plug their EV in to charge every other day, or even maybe just once a week. Speaking of charging, this leads neatly to the local charging infrastructure, which is actually not as woeful as one might imagine. A point that is especially true in the Klang Valley region where most shopping malls and petrol stations have charging stations for EVs.

Moreover, in the malls at least, topping up the battery pack on your EV is typically complimentary. Adding to that the fact that it would at most cost only a couple of bucks to charge up an all-electric vehicle anyway, as opposed to the hundreds of ringgit spent on fuel for a conventionally powered car each month, it is therefore easy to say that running an electric car would represent a significant cost saving to anyone’s monthly motoring budget.

Furthermore, considering that the electric motor has only one moving part, servicing costs for an EV are also to be vastly cheaper than its fuel-burning counterparts. So with all that in mind, it is looking more and more like a fiscally wise decision to ditch the internal combustion engine altogether and just embrace the electrified future as soon as possible. Having said all that though, there are also equally convincing points as to why running an EV here in Malaysia right now is probably not the most practical of automotive solutions. Starting with the topic of range again, while a single charge will be more than sufficient for most use scenarios and there will most likely never ever be a time that most people will deplete the battery pack, there is nevertheless the idea of range anxiety to contend with. 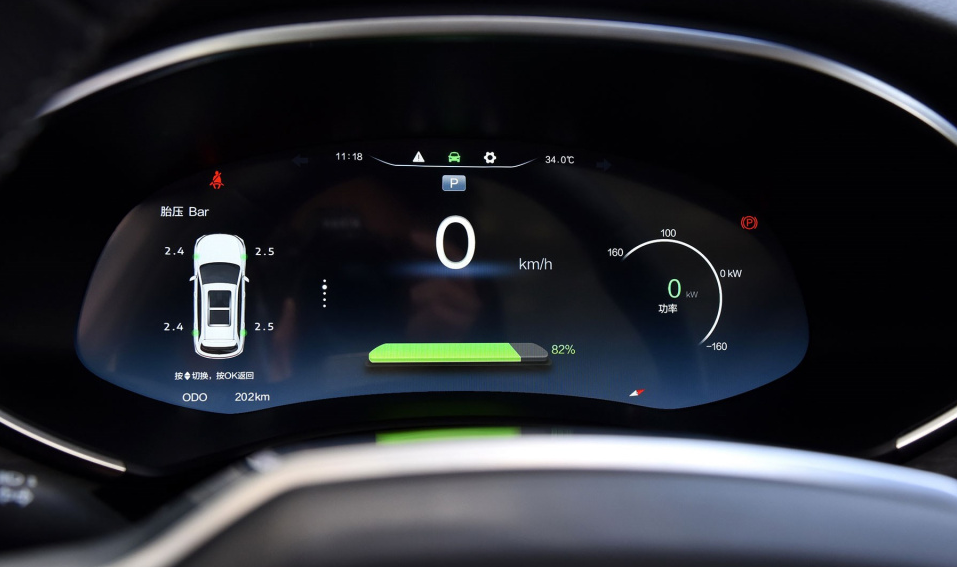 I can’t say for everyone but I would assume that if I were to personally own an EV, I would be constantly hunting out for the shortest route for every journey I make to eke out the most trips I can out of that single charge. Additionally, if I were to own an EV, I would probably hesitate to do longer trips, or even go out on a whim as the idea of that range ticking down would be weighing down whenever I’m out.

What I am trying to say is, for me at least, I could see that owning an EV would most likely give me extra stress and make me go out whenever I need/want to. Which does kind of defeat the primary purpose of the car as a personal mobility solution.

Now I accept that perhaps my overly paranoid thinking is a tad excessive, but it is not without credible cause because I know that once the battery is low, it is going to be another couple of hours of leaving the EV being plugged to a socket, instead of a quick splash-and-dash like in a conventionally powered car. A fact which is made worse considering I, like many others, live in a condo, without a convenient plug to hand. Meaning that charging up an EV will require either a very long wait in the car, or spending an equally long time in a mall. Continuing on the topic of malls and going back to the topic of stress for a moment, charging at the mall, or any public place for that matter, might further elevate my stress levels. That is because common courtesy dictates that I move the fully charged EV as to not hog those charge points up, and that thought alone would probably lead me to schedule my shopping durations around the charging time. Something that isn’t exactly what I would ideally want to do when out and about. Granted, all this can be easily overcome if I just jumped through all the bureaucratic hoops and had a charging wall box installed in my condominium parking bay. This idea though would undoubtably be horrendously expensive, and more importantly a horrible investment as I basically lose it all if/when I decide to move house. Both these points therefore leads me neatly back onto the topic of costs associated with EVs.

As mentioned prior, the servicing costs associated with all-electric cars are indeed going to be significantly cheaper than a combustion-engined car. However this is all without factoring in the steep cost of entry into the world of new EVs, and the equally pricey battery replacement costs for the older used models. On top of that too, while all-electric cars are holding their value rather well in other markets, the residuals on these eco-friendly cars are still a rather big question mark locally. 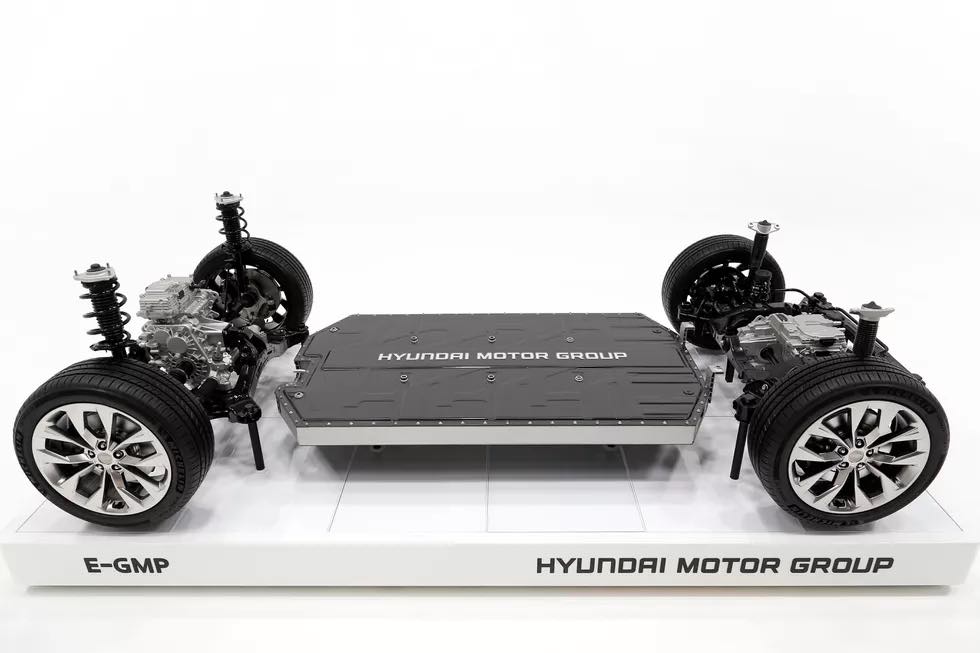 So getting back to the initial debate on whether running an EV is a reasonable automotive choice in Malaysia at the moment, I would personally say that having an all-electric car be a practical transport solution is still not too viable for most Malaysian motorists at the current moment. That is not to say though that what many term to be the future of the automobile won’t thrive locally in the future.

In fact, it would perhaps not be entirely wrong to compare the current state of EV adoption in Malaysia to the situation in the early naughties when the German automakers were introducing their diesel-powered premium cars over here. Eerily too, there are also some parallels that could perhaps be drawn regarding the path ahead for all-electric cars locally. That is because much like how those oil-burning luxury cars didn’t really take off here as they did in Europe due to the low quality of diesel that was the only choice of fuel at the time, EVs look be facing a similar struggle over here thanks to the lack of incentives and supporting infrastructure nationwide. Both of which are largely responsible for stifling any fighting chance for the widespread adoption of fully-electric cars locally.

So in essence, it could be said then that whether EVs remains to be a niche product to serve a niche audience, or gain widespread adoption locally, depends very much on the next steps made by the people in power over here. Something that is perhaps a cause for optimism, or perhaps more plausibly concern, for the fate of all-electric cars over here. One Response to Are EVs Even Reasonable For Us Right Here Right Now?