Audi global sales up 23% but Malaysia still lagging behind

Good news coming in from Audi public relations team as they announce a rise in global sales. Sadly that sentiment 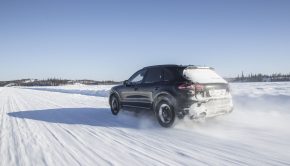 Porsche Engineering has rewritten the rule book in traction, especially in the snow with a new torque control system for The management and staff at Mazda in Japan are celebrating as they hit an impressive 500,000 plus sales of diesel A week ago the management at Mercedes headquarters were celebrating as the 500,000th S-Class sedan left the production line of Toyota will not launch this Raize crossover in Malaysia

Fact, with Perodua cornering the compact vehicle segment with the popularity of the ARUZ rising and the coon to be Toyota extends its EV battery warranty from 8 to 10 years

Toyota Motor Corporation has just announced that all its NEW hybrid, plug-in hybrid, and fuel cell electric vehicle buyers will