Mercedes-Benz has just celebrated its 125th anniversary in motorsport at last weekend’s German Grand Prix. IWC would like to offer its warmest congratulations to its long-term partner on reaching this momentous milestone.

Back in July 1894, the world‘s first competitive car race took place from Paris to Rouen. With two of the winning vehicles powered by engines developed by Gottlieb Daimler and Wilhelm Maybach, it was the first foray into racing by the German manufacturer.

Known since 1926 as Mercedes-Benz, the company continue to secure countless triumphs in motorsport events around the world, most recently powering Formula One™ driver Lewis Hamilton to victory at the British Grand Prix. “On behalf of everyone at IWC, I want to send my best wishes and sincere congratulations. The racing history of Mercedes-Benz is full of amazing cars, engines and victories, and to have performed with such a level of passion and dedication over the last 125 years is truly remarkable.

IWC recently shot a campaign with Lewis, the Mercedes-Benz Silver Arrow W125 and an original spitfire aircraft. Bringing together a five-time Formula One™ World Champion, with two legendary icons of motorsport and aviation, was a complete privilege and a fitting celebration of our long and fruitful collaboration with Mercedes-Benz.”

Indeed in 1894, at the same time as Daimler and Maybach’s cars were charging to Rouen, IWC was in a race of its own, testing the Calibre 65 movement at the Observatory in Neuchâtel.

Just like Mercedes-Benz’s predecessor brand, Benz & Cie, IWC emerged victorious, achieving the best result of all pocket chronometer watches in the competition. Fast forward to 1936, and Albert Pellaton, who would eventually become IWC’s technical director, visited the Swiss Grand Prix. The master watchmaker had developed the timing system for the Bern event, and took time out of his duties to visit the pits. A stunning photograph of the moment Pellaton passes by the Mercedes-Benz garage is thought to capture the very first encounter between the two brands.

Thereafter, both Mercedes-Benz, in motorsport, and IWC, in watchmaking, continued to push boundaries in their determined pursuit of excellence.

In 2004, the companies decided to join forces, with IWC becoming a partner of Mercedes-AMG, the high-performance brand of Mercedes-Benz. It was the start of a long and fruitful collaboration, which continues to this day. As well as an on-going relationship with AMG Motorsport, in 2013 IWC became the “Official Engineering Partner” of Mercedes-AMG Petronas Motorsport. The Swiss watchmaker also collaborates with Mercedes-Benz at the Goodwood Members’ Meeting, competing in classic car races with its own dedicated team and car, the iconic Mercedes-Benz 300 SL.

To celebrate Mercedes-Benz’s 125 years of motorsport, the W10 cars of Lewis Hamilton and team mate Valtteri Bottas will sport commemorative liveries at this weekend’s Formula One™ event at Hockenheim. As part of the new look, the current IWC logo will be changed to a special vintage version of the emblem, which fittingly was first used by the company in catalogues in 1894.

“We are immensely proud of our lengthy and enduring partnership with Mercedes-Benz,” concluded Grainger-Herr. “We wanted to commemorate this important anniversary, and to add one of our classic logos to the livery, from the year the company started its motorsport story, seemed like a special way to celebrate. Long may our combined quests for ultimate perfection continue!”

The German Grand Prix, at the Hockenheimring, 26th July 2019 coincidentally marks the 200th start for Mercedes in Formula One™ racing. 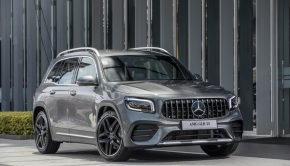 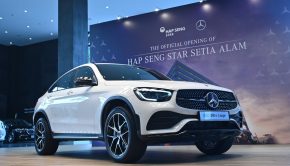