It does not need to be said that Volkswagen does have somewhat of a penchant for making popular cars bought by the masses. This is after all something ingrained into the very name of the automaker, with immensely successful products like the Beetle and Golf further backing up that claim. 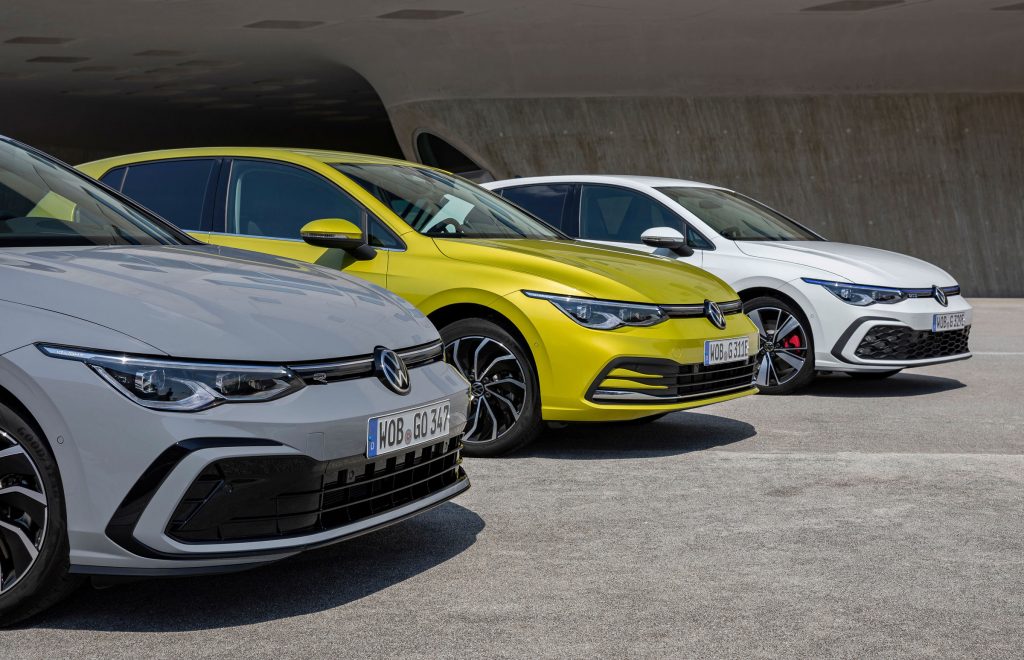 Having said that however, the German auto giant might just have dropped the ball slightly in this department when transitioning to the electrified era. That is as while what they themselves dub to be their all-electric people’s car in the form of the ID.3 is certainly a good first crack at a mass market EV, its nearly £30,000/€35,000 (RM 170,000) starting price over in the old continent though still really doesn’t exactly make it affordable by any means. So in addressing this issue therefore, Volkswagen has hence recently revealed its ID. LIFE concept. A car which when it arrives on sale as what will likely be termed the ID.2 come 2025, will only cost from a much more reasonable €20,000 (RM 98,000). Thought of perhaps as the Polo equivalent in the all-electric Volkswagen ID. lineup, it is however a tad bit larger than the aforementioned piston-powered German supermini. Though what is probably currently the more hotly discussed topic in regards the outside of this concept would have to be its rather retro-futuristic exterior aesthetic instead, which does also look more than a bit similar to equally boxy Honda e and recently revived Renault 5. A dramatic departure to the seemingly swoopy designs of the current all-electric VW range, the ID. LIFE’s boxy silhouette is topped off (in this concept form at least) with a plethora of futuristic features. These include a set of LED lights that are neatly integrated to the bodywork at both ends of the car, as well as a fully removable fabric roof and ‘air chamber textile’ front cover that is apparently made entirely of recycled PET bottles featured in between. In continuing on the eco-friendly theme meanwhile, Volkswagen is also very keen to point out that the ‘wood in the dashboard and rear seat surrounds is combined with ArtVelours Eco’ upholstery. The slightly more exciting feature within the ID. LIFE concept however is perhaps to be its massive retractable 34-inch projection screen that spans across its windscreen and comes with its own game console, but chances of this cool tech gimmick entering production are nevertheless to be slim to none. And in speaking more of the cool tech toys that might see the light of production, the ID. LIFE’s wing mirror cameras and flexible seating layout with a bench seat up front is likely to remain in place when these cars hit the road come 2025. Its minimalist dashboard layout that utilises the driver’s smartphone instead as an infotainment system is most probably to be a feature that survives the being cut from the concept car too, with Volkswagen actually having already done something along these lines before with its cheap and cheerful Up! Now on to what exactly powers the ID. LIFE, the smallest EV Volkswagen has officially planned to produce to date on its MEB platform will interestingly be the first to be driving the front wheels. Rather pleasantly surprising also is that this compact hatchback will be packing a rather big punch, with its 172 kW e-motor propelling it from 0-100 km/h in a not-too-shabby 6.9 seconds. The ID. LIFE has too been slated to initially enter production with a reasonably sized 57 kWh battery pack, which is touted to offer up to 400 km of range based on the current WLTP testing cycle. As for topping it up on the other hand, DC fast charging will see an extra 163 km added in just under 10 minutes. Just delving a little bit more onto VW’s wider electrification assault strategy meanwhile, the German auto giant is currently aiming to increase the share of all-electric models in total vehicle sales in Europe to at least 70% by the end of the decade. The German auto giant also expects for full EVs to make up half of its deliveries in North America and China by 2030, but such grand electrification ambitions have unfortunately yet to filter down to us over here in Malaysia.

PRESS RELEASE: Volkswagen is once again speeding up the transformation to electric mobility with its ACCELERATE strategy, making sustainable mobility accessible to even more people by 2025, a whole two years earlier than originally planned, Volkswagen will launch an ID. family model for the small car segment. It will cost approximately 20,000 euros. The ID. LIFE concept car, which was presented at the International Motor Show IAA MOBILITY 2021 in Munich, gives an impression of how a vehicle of this type would look.

The vision of a fully electric small car for the urban environment is centred around people and communal experiences. The concept car combines sustainability and digitalisation with extremely flexible usage: the ID. LIFE can become a mini cinema or a gaming centre, for instance, or simply be used for relaxing in the open air.

“The ID. LIFE is our vision of next-generation fully electric urban mobility. The concept car provides a preview of an ID. model in the small car segment that we will be launching in 2025, priced at around 20,000 euros. This means we are making electric mobility accessible to even more people”, says Ralf Brandstätter, CEO of the Volkswagen brand. “In creating the ID. LIFE, we have consistently focused on the needs of younger customers. We believe that, even more so than today, the car of the future will be about lifestyle and personal expression. The customer of tomorrow won’t simply want to get from A to B; they will be much more interested in the experiences that a car can offer. The ID. LIFE is our answer to this.” Pared-down design. The design of the ID. LIFE is strikingly clear, pared-down and high-quality. Decorative elements and add-on parts are dispensed with, as is any complex mix of materials. The horizontal division between the body, glass surfaces and roof also contributes to the car’s purist appearance. An individualised and removable roof made of air chamber textile lends an open-air feeling in the ID. LIFE, while also reducing the vehicle weight.

Electric motor drives the front wheels. The ID. LIFE is based on a smaller variant of Volkswagen’s modular electric drive matrix (MEB) that has been developed specifically for the small car segment. This is the first time a vehicle based on the MEB has front-wheel drive. With its 172 kW (234 PS) electric motor, the ID. LIFE accelerates from zero to 100 km/h in 6.9 seconds, while its 57 kWh high-voltage battery enables a range of some 400 kilometres (WLTP).

“The ID. LIFE proves once again how uniquely flexible the MEB is. The platform is suitable for vehicles of all types, from small cars to vans,” says Thomas Ulbrich, member of the Volkswagen Brand Board of Management for Development. “It’s the most scalable electrical architecture in the industry. We’re just beginning to tap into the potential of MEB. Performance, charging capacity and range will continue to improve with each new model and software update.” Natural and recycled materials. The sustainable character of the ID. LIFE is reflected particularly in the choice of materials and paint finishes. In the clear coat for the bodywork, wood chips are used as a natural colouring agent along with a bio-based hardener. The air chamber textile for the roof and front cover is made from 100% recycled PET bottles. In the interior, wood in the dashboard and rear seat surrounds is combined with ArtVelours Eco for the seat surfaces and door trims. Bio-oil, natural rubber and rice husks are just some of the materials that serve as a basis for the tyres on the ID. LIFE.

Multifunctional interior. The ID. LIFE is a reliable companion for digital experiences of various kinds. For example, it can be converted into a cinema or gaming lounge in no time at all. The vehicle comes with a video game console and projector, as well as a projection screen that extends from the dash panel when required. Other devices can be connected as needed to the 230-volt / 16-amp power supply in the interior. The seating design, too, is extremely flexible, in keeping with the idea of the car as a companion for all situations and lifestyles. For instance, the front seat bench can be completely folded down, as can the rear seat bench. This enables a range of different possibilities, from cinema seating, to a bed measuring around two metres in length, to a cargo version that maximises luggage volume. Innovative digital operating concept. Cameras and a display replace both the exterior and interior mirrors. Essential driving functions are controlled via a touch panel on the hexagonal, open-topped steering wheel, and a smartphone can be integrated in the operating system. Personal devices – whether smartphones or tablets – can be used to operate the navigation system, for instance. Music, films and games stored on the device can be used seamlessly in the ID. LIFE, with visuals displayed on the projection screen.

ACCELERATE strategy is speeding up the transformation process. The expansion of the ID. family into the small car segment at prices starting from 20,000 euros is another key step towards fully electrified mobility. By 2030, Volkswagen aims to increase the share of all-electric models in total vehicle sales in Europe to at least 70 per cent and in North America and China to at least 50 per cent.