The Toyota Avanzas affected by this recall were manufactured from October 2017 to June 2019.

UMW Toyota (UMWT) has recently announced a Special Service Campaign (SSC) for the Avanza to replace its faulty fuel pump.

An expansion of its earlier recall campaign, a total of 3,923 units of these Toyota minivans are affected this time round. All of which were manufactured between October 2017 and June 2019. Official notification from UMWT will be sent out to to owners of vehicles affected by this recall. Furthermore, all costs incurred during the fuel pump unit replacement will also be borne by the UMWT. Models that are not listed here are not affected by this SSC.

According to UMWT, the cause of this recall is due to a fault with the fuel pump ‘which may stop operating’. If this were to occur, there will be warning lights and messages displayed on the instrument panel, in addition to the driver most probably experiencing hesitation with the engine’s power delivery.

More information about this recall can be obtained by contacting any authorised dealership, or by calling 1800-8-TOYOTA (869682). PRESS RELEASE: The safety of our customers is always Toyota’s top priority. UMW Toyota Motor Sdn Bhd (UMWT), distributor of Toyota and Lexus vehicles in Malaysia, today announced a Special Service Campaign (SSC) to replace the fuel pump for Avanza. This SSC is an expansion of an earlier campaign.

Based on the information received from Toyota Motor Corporation (TMC), there are 3,923 units of Avanza manufactured from October 2017 to June 2019 and distributed by UMWT involved in this campaign. Model not listed here are not affected by this campaign.

The subject vehicles are equipped with a fuel pump which may stop operating. If this were to occur, warning lights and messages may be displayed on the instrument panel, and engine power hesitation may happen, and this may result in the vehicle stalling and being unable to restart.

UMWT will officially notify all its affected vehicle owners to replace the fuel pump unit at no charge.

For further information, owners of affected cars may contact any authorised Toyota Service Centre or call the Toyota Freephone at 1800-8-TOYOTA (869682). 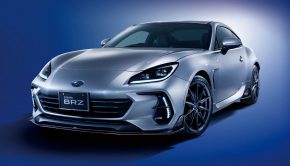