New York To Ban Sale Of Fuel-Burning Cars From 2035

All new cars and light-duty trucks registered in New York will have to be zero-emission by then.  While much of

The smallest of the current Ford truck lineup is generating a big buzz over in North America.  Ford’s little Maverick

This probe centres around the Autopilot causing a string of crashes involving emergency vehicles.  Despite the good news of Tesla The legendary Skyline name that is synonymous with Nissan could well soon be seen on a Ford.  Whenever the word Who’d have thought that Skyworth would beat out the likes of Nio and Xpeng for an American debut? It surely 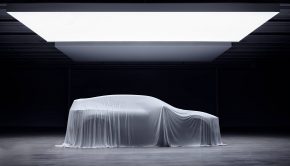 That is however about all the information available thus far on this upcoming Polestar model.  When Polestar first announced that

Some modding ideas could perhaps be gained from this rather stunning one-off Arteon.  It is probably common consensus that the Arteon